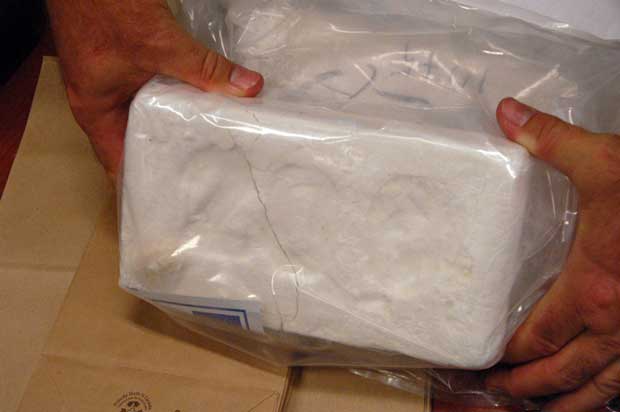 THUNDER BAY – Crimebeat – Thunder Bay Police report that on October 18, 2011 Drug Enforcement Officers observed a 31 year old male known by them to be involved in the trafficking of controlled substances, walking in the area of Boulevard Lake. Observations by police lead them to believe that the male was in possession of illegal drugs, and was in the process of hiding these drugs.

The suspect fled from police attempting to avoid arrest, and was later located and apprehended in the area. A backpack in possession of the male was located and seized. Inside the backpack was approximately 2 kilograms of cocaine. The potential street value of the seized cocaine is approximately $ 500,000.00.

The suspect male has been charged with;

The male will next appear in Thunder Bay court on December 05, 2011.