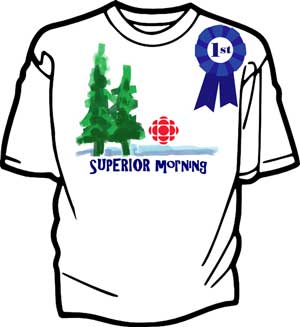 THUNDER BAY – Thunder Bay Rainy River MP John Rafferty is saying that any cuts to the Canadian Broadcasting Corporation (CBC) won’t come without a fight. The CBC actually, although few really know it, has its roots right here in Thunder Bay. The federal Minister responsible for starting the CBC was Port Arthur MP C. D. Howe. When it comes to the CBC, the idea of making cuts to the corporation is a topic that is a political wedge issue. Often people on the political right want the CBC cut off of all public funding. People on the political left want funding increased or at the least maintained.

There is another way forward. There is no need to fight over cuts to the CBC.

There are in my view actually two CBC corporations, there is CBC Television and CBC Radio. Across Canada, CBC Radio is the information source for many millions of Canadians. In fact in many parts of rural Canada, were it not for the CBC, there likely wouldn’t be any radio coverage for news and public events at all.

CBC Radio, including our local Superior Morning, and Voyage North often top the listening audience in our community when the BBM ratings come out. CBC Radio is a needed part of Northwestern Ontario’s media market.

If the federal government is seeking to make cuts, and in an era of tight budgets, they are, then the area to cut is CBC television. Unlike CBC Radio, the CBC Television network not only receives funding from the taxpayers, but also competes with their fellow networks for advertising dollars. In fact heading into the fall, CBC Television is declaring itself as the Number One best choice for advertisers to put their dollars. (www.cbc.ca/revenuegroup/images/sellsheet_holiday2011.pdf)

If as the CBC Television ad executives state, CBC is number one with viewers, then it should not be hard for the corporation to sell advertising and compete with the other networks on a more level footing.

Such a move, putting CBC Television out in the marketplace to compete with its very similar product would offer a fair compromise. Now I wouldn’t suggest a surgical amputation of funding, but perhaps a graduated decline that would allow CBC Television to ensure it has the sales staff, and support there to be fully supporting it.

CBC Radio on the other hand offers a product unlike anything else in the marketplace.

The cost of subsidizing CBC Radio to provide, online, and on-the-air a service is not something most Canadians, even those opposed to the CBC can really complain about.

That of course is just my view, as always, your mileage may differ.