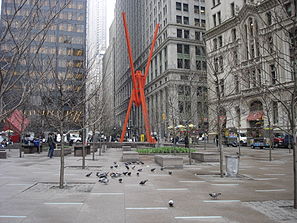 THUNDER BAY – The American group MoveOn is reporting “At 7AM tomorrow (Friday), Mayor Bloomberg is evicting the Occupy Wall Street protesters from their occupation of Zuccotti Park”. According to the group, under the Mayor’s orders, the New York Police Department (NYPD) will “kick out” the protesters. MoveON claims that this is “under the guise of “cleaning” the park, but new rules will mean the end of the occupation”.

The owners of Zuccotti Park, Brookfield Properties has said earlier today it will start cleaning the plaza tomorrow morning. The NYPD are reportedly going to enforce rules prohibiting overnight camping in the park.

“Sanitation is a growing concern… Normally the park is cleaned and inspected every weeknight… because the protestors refuse to cooperate… the park has not been cleaned since Friday, September 16th and as a result, sanitary conditions have reached unacceptable levels.”

Zuccotti Park is the birthplace of the Occupy protests sweeping the nation and capturing the public’s attention. It’s where a community of committed Americans are standing up against Wall Street and the corporate capture of our democracy for the 99% of us trying to take back the American Dream.

MoveON says “Employing a tactic that’s been used to break up similar protest actions, Mayor Bloomberg is sending in the police under the guise of a “cleaning operation.” But that’s a PR farce, because protesters will only be allowed back in if they obey rules that include: no lying down, and no use of tarps or sleeping bags or other covering.”