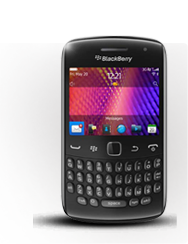 RIM states, “We know that many of you are still experiencing service problems. The resolution of this is our number one priority right now and we are working day and night to restore all Blackberry services to normal levels”.

Right now Research in Motion is undergoing network problems that have bumped customers in Europe, the Middle East, and now into North America. Millions of customers have been unable to connect to their customers and friends via their Blackberry devices. The company says, “The messaging and browsing delays being experienced by BlackBerry users in Europe, the Middle East, Africa, India, Brazil, Chile and Argentina were caused by a core switch failure within RIM’s infrastructure.

“Although the system is designed to failover to a back-up switch, the failover did not function as previously tested. As a result, a large backlog of data was generated and we are now working to clear that backlog and restore normal service as quickly as possible. We apologize for any inconvenience and we will continue to keep you informed.”

There are reports that service was interrupted in parts of Canada earlier today, and the problem appears to be growing.

There are about 70 million Blackberry users world-wide who could be impacted by this problem.