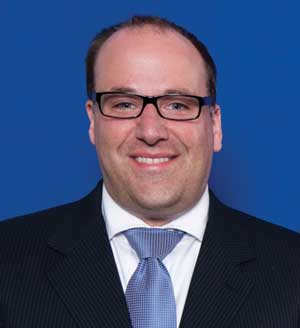 THUNDER BAY – It is hard to believe we are in the final week of the campaign. And what a campaign it has been. For a first time candidate, this has a significant education. The best news for myself and my team however is that when we mapped out our strategy in June regarding how we move from third place finishes in the past several elections to a victory on October 6th, we are exactly where our best case scenario plan indicated we should be.

Now that the debates are behind us, the final few days of the campaign are exclusively days of canvassing neighborhoods. Saturday alone, my team and I knocked on over 500 doors. And the response has been incredible.

I thought I would take a few minutes to sum up the consensus of my interactions over the past couple of weeks.

It is indeed time for a change. I hear this from the vast majority of individuals I have spoken to. As I am quick to point out, change needs to be positive for it to be worthwhile. I’m happy to report that most people I talk to have very nice things to say about my opponents, especially Michael. However, most have indicated that they simply cannot support him this election, even though they have in the past.

The reason that I hear more than any in regards to why voting patterns will be changed this election has nothing to do with Michael himself, it has to do with Dalton McGuinty.

Folks I have talked to are tired of the lack of respect shown to Northern Ontario by Mr. McGuinty, with his decision to avoid the Northern Leaders debate here in Thunder Bay acting as a real flashpoint. In fact, many people I have spoken to that have a Liberal lawn sign on their property have indicated that they plan to vote PC this election, and the sign was placed on their lawn based on previous election requests! (In the true spirit of candor, we have placed a handful of signs on lawns in error…we immediately remove them when we are informed of this.)

The biggest election issues I have heard are jobs and the state of the economy. My own background is discussed often, the fact that I had to leave Thunder Bay after I graduated from Lakehead University to find work elsewhere. So many young people I speak to tell me directly that they do not want to leave the region, but fear they will have to.

My success in growing private sector jobs is a part of my resume that many voters are embracing. It is the area that I think I can help this region with the most. Interestingly, I am also asked about the current state of affairs at Research In Motion (RIM), the company I served as Vice President of Global Sales for many years. While I admit it has been a challenging year for the company that has resulted in layoffs, most people are surprised to hear that the company remains very profitable. (In the past two quarters, RIM has amassed sales of over $9 Billion; and NET income of just over $1 Billion. $1 Billion in profit in 6 months…hardly a company going out of business.) Lastly, I remind everyone that I left RIM over 3 years ago!

Another area of concern I have heard is the NDP plan to raise corporate tax rates. This is nothing short of dangerous. This province has seen 300,000 manufacturing jobs lost over the past 8 years. The effect of raising the corporate tax rate would be devastating to our economy. We have seen the finances of our province go through their worst period in the past eight years. The concept of having an NDP plan that would raise taxes frightens the majority of people I talk to.

And this week, a new twist has come up at the doors, the idea of a Liberal / NDP coalition. As I had someone say to me yesterday, “sounds like a marriage made in tax raising heaven”.

For the first time in a long, long time, Thunder Bay Superior North is too close to call, and is indeed a three way race. In fact the most I have seen the three of us separated in any form of numbers has been ten percent. This is within the margin of error. This election is too close to call, plain and simple.

Now more than ever, your vote counts for so very much. Please, make sure you get out and vote on Thursday.

And I hope when you do vote, you do so after reviewing the various platforms, and then ask yourself which individual running can bring the most positive change to the region. I humbly ask for your support on October 6th.