Catch The Recap On NetNewsLedger.com Right After the Event 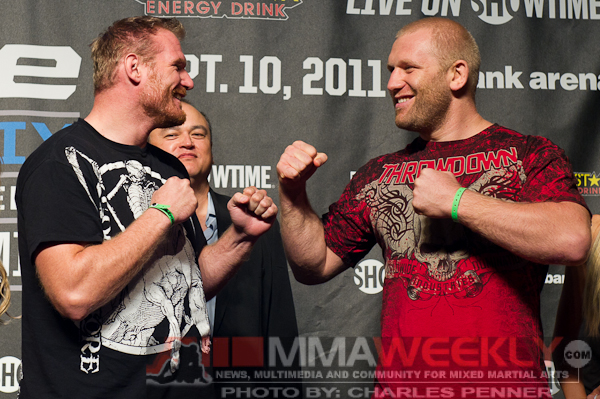 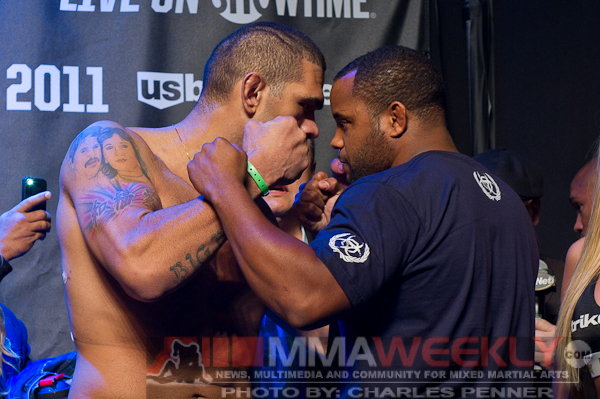 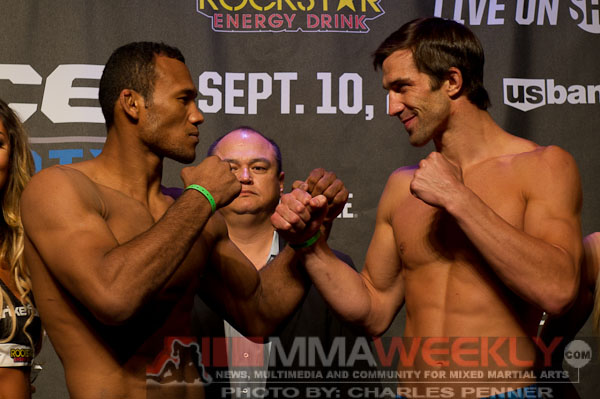 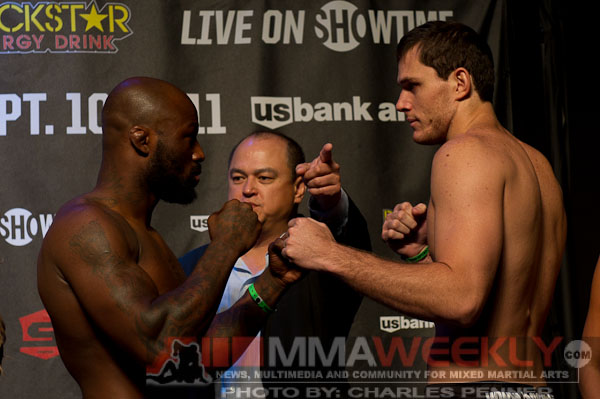 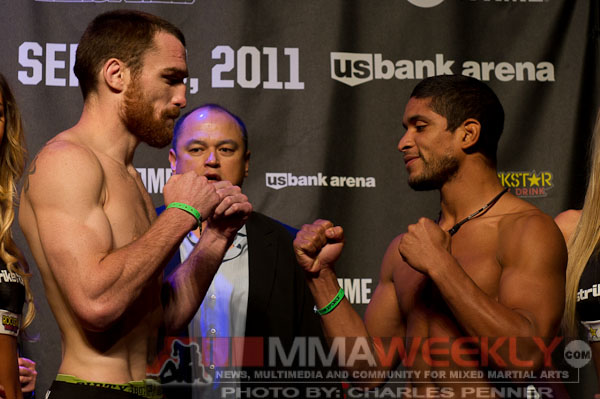 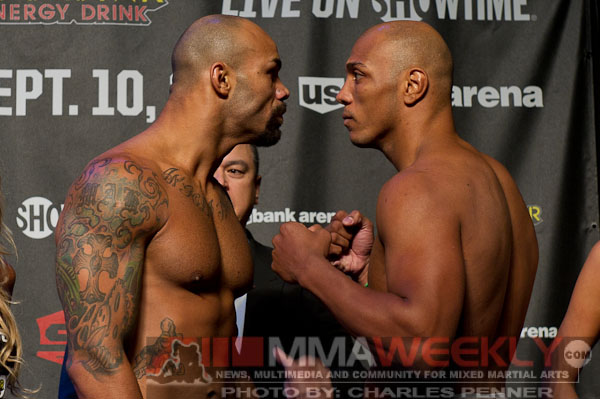 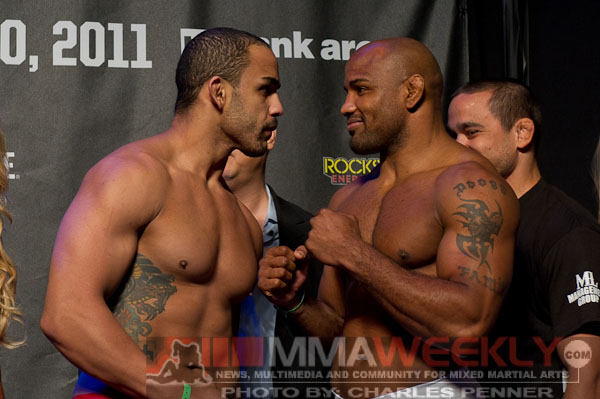 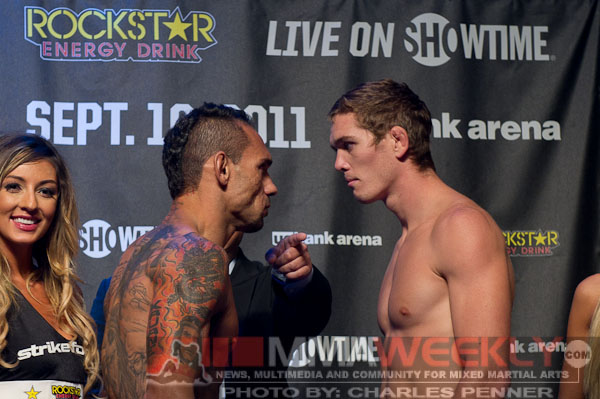 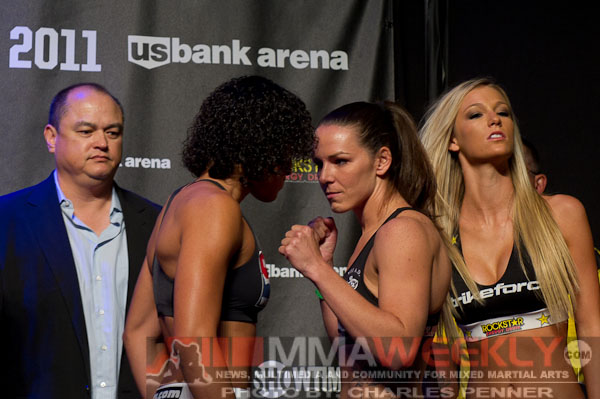 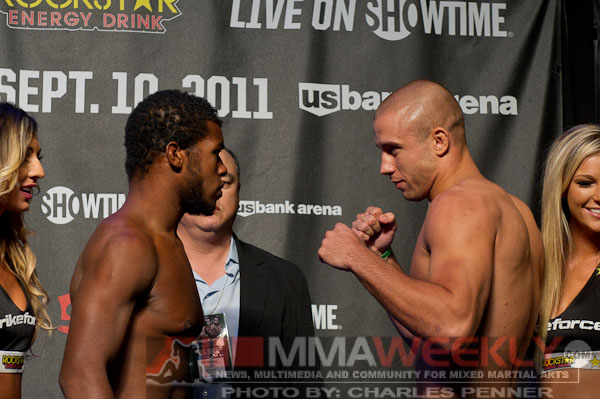 Diaz’s Lazy Response On why he missed the press Conference 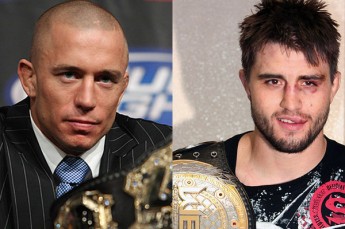 Even though the UFC 137 fight card was turned upside down and inside out this week, that didn’t stop fight fans from snagging up tickets to the Oct. 29 event at a brisk pace.

The Ultimate Fighting Championship announced that UFC 137: St-Pierre vs. Condit sold out within a few hours of being made available to the general public on Friday. The fights take place at the Mandalay Bay Events Center in Las Vegas.

When Diaz blew off several public relations appearances and around $15,000 worth of airline flights, according to the UFC president Dana White, he was unceremoniously removed from the main event, eventually swapping spots with Condit.

The main event now features St-Pierre putting his belt on the line against Condit, while Diaz makes his return to the Octagon against Penn.

“It’s been a crazy few days here at UFC, but there’s no doubt that UFC 137 is going to be an incredible card,” White said on Friday. “GSP is on his way to becoming the best welterweight of all-time, but Condit wants that belt. He’s knocked out his last three opponents and couldn’t be more fired up for this fight. Plus, we’ve got BJ Penn taking on Nick Diaz in what could be one of the most intense fights of the year.” 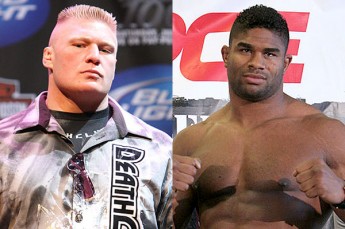 “Brock is a big name, a dangerous guy, and this is a dream matchup,” Overeem told The Times on Tuesday, just after signing a standard UFC fight contract in the office of Chairman Lorenzo Fertitta. “Brock’s a big guy, an exciting wrestler with his takedowns.

“I want to see this fight myself. Overall, I’m a different fighter. A striker, athletic, big. These are going to be two big trucks going at it on a collision course.”

The 6-foot-5, 260-pound Overeem, 31, is a former K-1 kickboxing champion too, He most recently defended his Strikeforce belt in June with a unanimous decision over takedown specialist Fabrio Werdum, who had previously defeated Fedor Emelianenko.
Lesnar has been out of action since losing his UFC heavyweight belt to Cain Velasquez in October at Anaheim’s Honda Center, suffering a return episode of the intestinal ailment diverticulitis.

The Dec. 30 winner will be first in line to fight the winner of a Nov. 12 fight between Velasquez and Junior Dos Santos.

“This is the fight the fans want,” UFC President Dana White said. “Both of these guys are monsters. Can Lesnar take Overeem down?”

Fertitta said the Strikeforce belt won’t be part of the promotion. The UFC has purchased Strikeforce.

“Our thinking when we bought Strikeforce was to give fans the fights they want,” Fertitta said. “Obviously, Alistair’s one of the best heavyweights in the world, but he also has that ‘it’ factor — the tremendous look, he’s huge. It’s a star factor.” 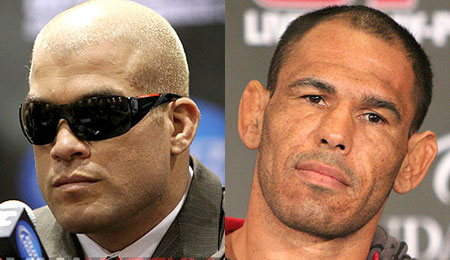 It’ll be nine months later when fight time rolls around, but Tito Ortiz and Antonio Rogerio Nogueira are finally slated to meet in the Octagon. The two have verbally agreed to fight at UFC 140 on Dec. 10 in when the promotion returns to Toronto.

Ortiz and Nogueira were originally slated to meet at UFC Fight Night 24 in March, but a cut above his eye and a concussion from training knocked Ortiz out of the fight. Nogueira went on to fight Phil Davis instead, losing a three-round decision.

Ortiz’s (16-9-1) career was on the brink of extinction prior to the planned fight at UFC Fight Night 24, and again when he was finally rescheduled to face Ryan Bader at UFC 132 in July. UFC president Dana White warned that Ortiz was at his most dangerous when backed into a corner, and Ortiz proved him right. He submitted Bader inside the opening two minutes of the fight.

Striking while the iron was hot, Ortiz stepped up in place of an injured Phil Davis to save the UFC 133 main event just a month later. He wound up losing a second-round decision to Rashad Evans, but his willingness to step up earned some bonus points with the UFC brass.

Nogueira (19-5) was expecting to return to the Octagon at UFC 133 to face Rich Franklin, but had to withdraw due to a shoulder injury. The fight with Ortiz will be the Brazilian’s first since the loss to Davis in March.

Vitor Belfort vs Cung Le on UFC 139 in San Jose 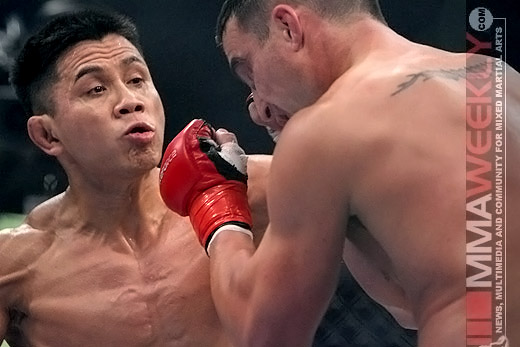 In a bout now secured for UFC 139 in San Jose, Calif., Vitor Belfort will meet Cung Le in a middleweight fight on the card.

Cung Le on Saturday morning added his own confirmation of the fight via Twitter. “San Jose here we go UFC 139! I am honored to be part of the UFC and would like to thank Dana White & Lorenzo Fertitta for this opportunity.”

Following a disappointing loss to Anderson Silva for the middleweight gold, former UFC champion Vitor Belfort came back in blistering fashion at UFC 133, where he put away Yoshihiro Akiyama in less than two minutes.

Now the Brazilian phenom will step into the cage at UFC 139 to face a local legend who gets to live his dream.

Former Strikeforce middleweight champion Cung Le has been a busy guy over the last year, but none of that had to do with his fight career. Le has become very active with acting roles in Hollywood, and hasn’t fought since June 2010, but had the hunger to come back to the sport, if the right conditions existed.

“I know for a fact that if I do fight again, it’s going to be in the UFC. I’ve never fought in the UFC, but I would love to fight in the UFC,” Le told MMAWeekly.com when appearing at the San Diego Comic Con in July.

Now it appears Le is getting his wish to fight in the UFC, and he’ll do so in front of his adopted hometown crowd in San Jose.

While the UFC has yet to officially announce UFC 139, the card is expected to take place on Nov. 19 at the HP Pavilion in San Jose. Belfort vs. Le is almost guaranteed a main card slot, and it may even garner co-main event status when all is said and done. 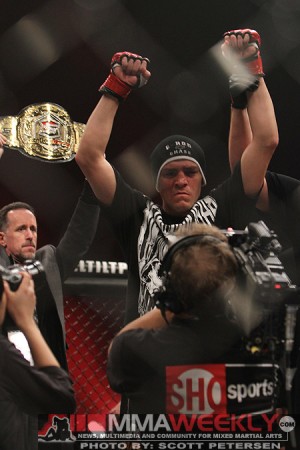 He’s still out of the title opportunity, but Diaz will remain on the card, basically swapping opponents with Carlos Condit. He’ll now face former lightweight and welterweight champion BJ Penn in the co-main event.

It’s been an odd turn of events over the past couple of days, with Diaz blowing off enough of the PR responsibilities of a main eventer to get him pulled from the fight. Condit, who was slated to fight Penn on the same fight card, quickly agreed to step into the title bout, leaving White to find an opponent for Penn.

He did so rather quickly.

“Dana just offered me a deal I can’t refuse. Pretty sure I’m still fighting on Oct. 29th,” Penn teased Thursday afternoon on Twitter. And a few short hours later, it was a done deal.

So the revamped card will put Georges St-Pierre vs. Carlos Condit in top billing, while Diaz gets demoted down to a just-as-tough fight in the co-main event against Penn.

The question that immediately pops to mind is “Why take the risk of putting Diaz in with Penn when he already sabotaged his fight with St-Pierre?” Simple, the card isn’t banking on the co-main event; the card hinges on the tremendous drawing power of GSP. The main eventers are the primary figures that the UFC relies on to sell the UFC 137 fight card, and they know they can bank on GSP and Condit to do just that.

As a co-main eventer, Diaz gets to be right where he wants to be, in a big fight, but without as much demand on him to promote the card.

So now what happens if Diaz pulls off the win over Penn and puts himself in prime title shot position? Only time, and a not-so-easy victory over Penn, will tell. 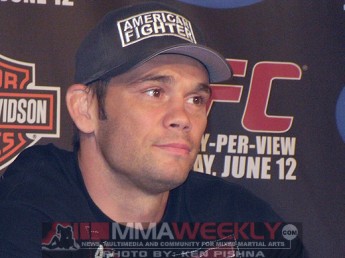 Former UFC middleweight champion Rich “Ace” Franklin on Friday announced that he incurred a torn labrum (shoulder injury) in training 10 days ago, and after consulting with specialists, will undergo minor surgery next Tuesday, Sept.13.

Franklin was training in a routine grappling practice at his gym when the injury occurred. Following the surgery, the physician stated that Franklin can expect a full recovery in approximately two to three months, and after a period of physical therapy, can return to training again.

“The timing of this shoulder injury is unfortunate considering my fight was pulled from the UFC 133 card, but I know everything will go as planned and that I will recover quickly,” said Franklin. “The UFC is being supportive, and I hope my fans also will be understanding. I promise to get back in the Octagon and fight again as soon as possible.”

Franklin was scheduled to fight Antonio Rogerio Nogueira as the co-main event of UFC 133, but the fight was pulled from the card when it was announced that Nogueira was injured and unable to compete. Franklin last fought at UFC 126 on Feb. 5, 2011, in a light heavyweight bout against former 205-pound champion Forrest Griffin.