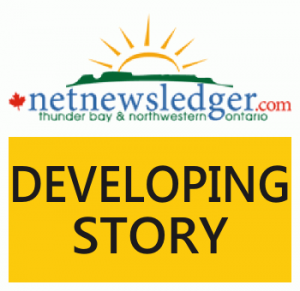 THUNDER BAY – WORLD NEWS – From Libya comes news that the opposition fighters have taken most of the Liberian capital city Tripoli.

Al Jazeera is reporting “As opposition fighters continued what they called their “final push” for the capital, Gadhafi addressed the nation in an audio message aired on state television on Sunday.

“In it, he refused to surrender and pledged to emerge “victorious” from the fighting for Tripoli. He also called on the people of Libya to come from all regions to liberate Tripoli, saying he was in the city with them and that together they would fight to the end.

” ‘We will not, we will not abandon Tripoli to the occupants and their agents. I am with you in this battle,’ he said.

” ‘We do not surrender and, by God’s grace, we will emerge victorious’.”

Reuters is reporting that Gadhafi son, Seif al-Islam has been captured. There is confirmation from the International Criminal Court

Reports are coming in that citizens are celebrating the likely end of the Gadhafi dictatorship. There are apparently two aircraft at the airport from South Africa which are possibly to be used by Gadhafi or members of his family to leave the country.

Egypt Steps Up Attacks Against ISIL and ISIS in Libya

Life in Tripoli Returning to Normal