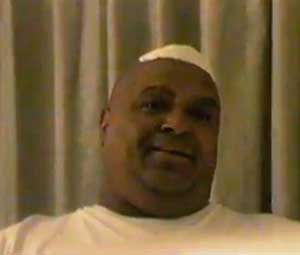 THUNDER BAY – In the world of professional wrestling, out front where the fans and cameras are, it is an over-the-top, larger than life demonstration of strength, athletics, and co-ordination. It is all coupled with very important skills. Professional wrestlers also place a lot of trust and faith in their opponent in the ring. Mistakes can be dangerous.

When wrestling companies and promotions tell people “don’t try this at home” it is because many of the moves that professional wrestlers perform in the ring are potentially dangerous.

However, in many cases, backstage there is an esprit de corp. There is a fellowship between most professional wrestlers. Many of the Superstars of professional wrestling in addition to everything else, are informal coaches, mentors, and teachers to the up and coming stars of the future.

That is likely because for many of the big stars, they have had their successes, and they have the self confidence to know that they have nothing left to prove. Sharing their skills with the next generation means that a little of their skill and knowledge will live on in the sport.

In the case of Devon “Hannibal” Nicholson and Larry “Abdullah the Butcher” Shreve, it appears that chain of old lion sharing skills with a young lion was perhaps broken.

Nicholson has launched a $6.5 million dollar legal suit in Ontario Superior Court of Justice. Nicholson claims Abdullah used a razor blade on himself repeatedly (the standard method for wrestlers to bleed during a match), but then used the same blade on Nicholson, without his consent or prior knowledge. By doing this, he put his blood directly into Nicholson’s blood stream allowing it to “co-mingle”.

None of the allegations have been proven in court.

On his Facebook page, Shreve has posted, “I received my medical reports; I have NO hepatitis, or AIDS and anything. My blood tests are ALL negatives then these fools will be prosecured (sic) in justice… Hannibal, Billy Graham and especially New Jack, the most vulgar Boy whom business knew!”

The issue of blading, and of the potential for diseases being transmitted by the co-mingling of blood is one generating shockwaves and in some cases indignation across the world of professional wrestling.

Perhaps the real story here is one of a young wrestler, coming up the ladder, putting his faith in a veteran, one famous, or infamous enough to be voted into the World Wrestling Entertainment (WWE) Hall of Fame, and seeing that trust was perhaps misplaced.

Larry Shreve has, as noted on Facebook, claimed his blood tests have all come back negative.

In a new video just released, it is worth noting some of the statements made by Shreve.

He is asked, “Speaking of that how do you protect yourself from diseases with all the double blood matches you have.”

Shreve responds “I put rubbing alcohol on my cuts, take a shower and then drink a glass of wine. Wine is very good for clearing out the system.”

He is then asked why he has a bad reputation with promoters. Shreve responds “Because they can’t control me”

The second part of the video, is apparently from a few years later.

Shreve is asked if he’s afraid of catching HIV or anything from all the “double blood” matches he’s had. Shreve responded “No I know all the guys I wrestle”.

Looking at some of the claims and then the video tapes, several of Shreve’s claims appear to be contradicted by his words at different times. A source close to Nicholson shared that Hannibal is finding the contradictions encouraging for his civic case.

If you examine the claim on Facebook with some of the comments Shreve has made in the media, and in the Nicholson lawsuit, it could appear that the former wrestler is choosing either to dismiss the allegations Nicholson makes, or to not realize the possible damage to his own case he is making with his statements.

In the Puerto Rican Noticel newspaper, which is refered to in the lawsuit, it states, “Abdullah interviews with Hannibal and the newspaper NotiCel are cited in the lawsuit. Did an interview with Abdullah, in which he claims he has never cut anyone with a knife in a fight with blood, the Canadian factor Hannibal says was instrumental in its spread of Hep. C, is quoted in Canadian court.” (source: http://www.noticel.com/noticia/107929/hannibal-demanda-en-canada-a-abdullah.html)

To this reporter, the real issues at the foreground in this story is that for the most part, professional wrestling appears to have a problem here, and no one atop any of the major promotions appears to fully be willing to recognise it. Perhaps, depending on the outcome of Nicholson’s law suit things will change.

Second, to me, with what knowledge I have of professional wrestling, the veterans are helping the newer wrestlers on their way up. Those young wrestlers put their faith and hopes and trust in their hands.

In this case, it appears that faith, trust and hope were returned with cuts and a terrible disease.

That of course is just my opinion, and as always, your mileage may vary.