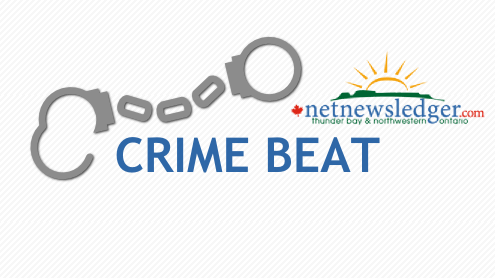 THUNDER BAY – Crimebeat – It was a busier night for Thunder Bay Police. There were six breakins reported, and 14 incidents of property crime.

There was a weapons offense at Christie Street and McIntosh Street.

There were assaults reported on the 400 block of County Blvd, the 500 block of Brodie Street, the 300 block of May Street and the 2800 block of Arthur Street.

An indecent act was reported on James Street.

There were also several thefts from vehicles reported.

As well, the Criminal Investigations Branch has charged a 53 year old Thunder Bay man in connection with an alleged arson in an apartment in the 100 block of Prudent Street on June 19, 2011.

It is alleged that the male had set fire to his own residence. The accused was admitted to hospital as a result of injuries sustained from the smoke at the fire scene. He was released from hospital within days of the fire. The Ontario Fire Marshall’s Office conducted an investigation into the incident.

The 53 year old was arrested and released with a promise to appear in court on July 13, 2011. He is facing a charge of Arson.