THUNDER BAY – Guest Column – Yesterday, I made my predictions for our local tourism economy for 2011. Today, I want to reflect on the past year and some of the high points with respect to the City’s tourism economy. The good news stories came from many sources, and many partners, and demonstrate how everyone has a role to play in growing the industry.

1. The Regional Tourism Organization Framework is perhaps the most significant and fundamental change to how we manage the tourism industry in Northern Ontario in the past 40 years. The Ministry of Tourism responded swiftly to the recommendations spelled out in the Ontario Tourism Competitiveness Study a year earlier. The first order of business was the implementation of the thirteen new tourism regions and $65 million Province wide in annual transition funds being made available to our industry if we all played nice in the sandbox together. It also meant we all begin focusing on the consumer and not our individual organizational empires. There have been far too many organizations duplicating each others efforts and this new regional approach to tourism management will see more financial and human resources aligning and coordinating marketing, product development, skills development and investment attraction to bring more experiences to market that consumers seek.

2. Sport Tourism continued to thrive in Thunder Bay in 2010, with the city hosting a number of Provincial, National and International events. Perhaps the one that received the most attention was the World Junior Baseball Championships that brought over $1 million in economic impact to the community, leveraged sport tourism capital investments and solidified our reputation for hosting word class events flawlessly. However, it was much more than that. It was the Cavendish Cup Canadian Men’s University Hockey Championships, it was the North American Ice Yacht Races and it was our city’s very own home grown fall sport tourism investment in the inaugural Thunder Bay Marathon – Miles with the Giant. Thousands of local residents all made these things happen.

3. Hotel performance. With summer occupancies hitting close to 84% and strong spring and fall performance as well, we saw our annual hotel performance jump significantly over the past year by over 6%. It was leisure, corporate and sport all growing simultaneously to feed the accommodation sector. This resulted in a number of properties undertaking massive capital renovation programs to modernize their guest’s experiences as well.

4. Airport Performance – The arrival of Porter to Thunder Bay in 2009 helped improve an already strong air corridor with Toronto – and the rest of the world. However, the summer and fall of 2010 saw airport passenger traffic records shatter as more passengers utilized Thunder Bay Airport. This really drove home the role the Airport authority plays as a economic development driver in the community and how important air connectivity is for Thunder Bay to position itself as a regional hub for leisure, corporate, sport, education and medical tourism markets.

5. We continued to see our cruise shipping industry grow with more capital investments made in our Pool 6 Cruise Terminal, notably landscaping, security and dredging improvements. After declaring in 2009 at Seatrade’s Cruise Shipping Miami that “Lake Superior was as exotic as the Galapagos”, interest in our area continues to build from the international cruise shipping and touring industry. We are still in our infancy with this but given the growing interest from north shore communities to help grow expedition cruising and the catalyst potential of the Lake Superior National Marine Conservation Area, Lake Superior can certainly be the next big expedition and discovery cruising hot spot.

6. Thunder Bay and the bigger picture. We’re a gateway to some of the planet’s best outdoor experiences – angling, kayaking, birding, wildlife viewing, hunting, skiing, back country snow mobiling, sailing….you name it. In January we ramped up our gateway positioning and regional partnership philosophy to launch “Canada’s Great Outdoors begins in Canada’s Great Outdoor City”, a half million dollar campaign targeting Illinois with OTMPC, Thunder Bay International Airport Authority, Porter Airlines and dozens of local and regional outdoor tourism partners. The premise was simple. Give consumers information on how to get to their trophy experience effortlessly and maximize the opportunities for our urban tourism partners to be part of their experience through accommodation, food and outfitting and supply.

7. 2010 was a great year for travel media exposure for the City. From KSTP’s great online and television series on the Gems of Thunder Bay to having our winter experiences featured in the Minneapolis Star Tribune, sailing in the Toronto Star, profiled on the Ron James Show, and Mantracker filming two upcoming episodes here, our name continued to resonate with consumers at every turn. We call ourselves Canada’s Best Outdoor City for a reason.

8. Waterfront Redevelopment. Construction at Prince Arthur’s Landing was in full swing in 2010, reclaiming and transforming a nice but massively under-performing public space into a spectacular world class waterfront. We live on the world’s largest freshwater lake and the fact that until now, we never fully connected ourselves to it properly or celebrated our connection to this huge part of our natural environment was, to be polite, unfortunate. Once completed, hundreds of people will live and stay in our downtown waterfront district daily on a year around basis, better cultural and recreational facilities will abound, new unique gallery space will welcome visitors and expanded and improved marina facilities will bring more local and visiting boaters to the waterfront. 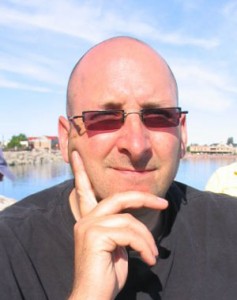 9. Preliminary public consultations began on the potential to develop a new multi-purpose facility in the city to replace the aging and capacity limited Fort William Gardens. An investment in strategic capital infrastructure that increases our potential to attract larger conventions and sport tourism events will benefit the majority of our local tourism industry. Stay tuned in 2011 as more research is undertaken on this potential new tourism catalyst.

10. Sustainable Tourism Embraced. You all know that despite my love for old cars (I think of it as recycling), I am a huge advocate for making sustainable tourism a key element of our community’s core tourism values statement. In 2010, we saw a new partnership with regional municipal economic development partners and the Trans Canada Trail organization to begin the investigative process of converting the old CN Kinghorn line to a new multi season destination trail. The community saw the development of new bike lanes, 24 km of newly paved recreation trails, new locally themed culinary attractions like the Growing Season emerge and our Farmer’s Market continue to grow and welcome an expanding visitor segment.

Here’s looking to see these ten milestones continue to grow upon their successes and redefine who we are as a tourism economy in the coming year.

Paul Pepe is the Manager of Tourism for the City of Thunder Bay.