Home News Editorial What May a Spring Federal Election Bring to Thunder Bay? 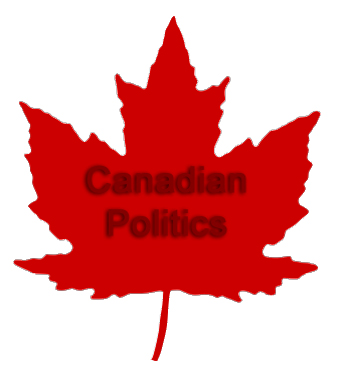 THUNDER BAY – Through 2010 there have been several times that it has appeared that a federal election is likely. Right now, the likelihood of a winter election appears slim. The best bet might be for a spring election.

When that election will be held is still unknown, but for many in the two ridings some of the candidates challenging the two MPs remain as unknown as the election date. In Thunder Bay Rainy River, Liberal challenger Ken Boshcoff is the best known, and based on his massive support during the 2010 Thunder Bay Civic Election he will be a force to contend with for the seat.

Boshcoff’s proven popularity will make him a serious contender against Rafferty. The only fly in the ointment for the Liberals might be if Boshcoff were to decide to stay at City Hall.

However that isn’t a sure bet, and reaching out past the traditional Conservative voting block is going to be a requirement for any possible Conservative win. Besides, long-time Joe Comuzzi ran, and won in a different riding.

In Thunder Bay Superior North, Richard Harvey won the nomination this summer after the former Conservative candidate bowed out due to health reasons. Harvey, the Mayor of Nipigon has been as silent as Comuzzi-Stehmann.

Liberal Yves Fricot has matched Harvey’s silence. The combined silence from both the Liberal and Conservative camps can only serve as a benefit to Bruce Hyer as the incumbent.

Fisher took to the new medium of television, and spent months educating people on his ideas, and platform.

Today, for political candidates it takes a combination of old-fashioned door knocking along with using the Internet effectively. So far Rafferty, Hyer and Boshcoff are leading in that venue. Harvey is getting there, and Comuzzi-Stehmann is appearing as an Internet newbie.

For both Harvey and Comuzzi-Stehmann to win election, it would likely take an effort at voter education where both candidates invest time in sharing with voters exactly what a Conservative is, and what they stand for. If the two first time federal candidates decide that they will count on the federal campaign to win them a seat in Parliament then it is quite possible they will never win.

Right now if there is a spring election, based on the efforts put forward by most of the challengers, my prediction would be that Bruce Hyer would win re-election in Thunder Bay Superior North. In Thunder Bay Rainy River it would be a dogfight between Rafferty and Boshcoff, with Comuzzi-Stehmann would likely running a distant third.

Of course what makes politics ever interesting is that “a week is a long time in politics”.