Home News Editorial Information at the Click of a Mouse 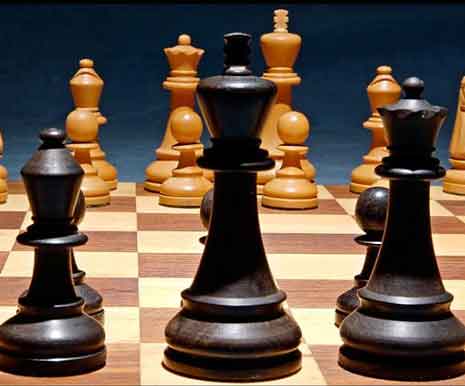 THUNDER BAY – The winds of change are blowing across Canada. The Internet is fueling a great deal of that change. Between social networking, email, blogs, online news, and Google, both the news-addict along with the casual reader can be up-to-date almost instantly on what is happening.

Add in Youtube, Vimeo, and other video sharing sites, and the Internet is starting to give traditional media a major challenge. Toss in Wikileaks and you have a mass of information at the fingertips of the world.

The challenge to major media from the Internet isn’t from blogs who are breaking stories, although they often do. The challenge is that the more time people spend on Facebook, Youtube and the Internet is time not spent on traditional media. If you get your news online, how likely are you to read the daily paper? If you spend several hours a day online, you cannot also watch television during that time period. If you are watching Youtube videos, you won’t be also listening to the radio.

Those changes will impact our community and its future. One of the shifts that is happening across Thunder Bay are the number of young people who have their mp3 players plugged into their ears. Those youth are a contrast to earlier generations who would have had a radio, and were connected to the community that way.

There are websites, or blogs, which focus on the perceived failings of different government departments, or the media itself. In Manitoba, The Black Rod blog states, “We are citizen journalists in Winnipeg. When not breaking exclusive stories, we analyze news coverage by the mainstream media and highlight bias, ignorance, incompetence, flawed logic, missed angles and, where warranted, good work. We serve as the only overall news monitors in the province of Manitoba.”

The Black Rod is just one of many blogs and other websites which have started over the past several years.

In Thunder Bay alone, there are 70,000 plus Facebook users within a 50km radius of the city. Those individuals have found, in Facebook, and social medium a new outlet for information.

Frequently videos are posted online where a consumer shares a story of how they were treated by a company. As is the normal, people rarely share their happy customer service experiences. They share the ones that they want to see changed.

The impact of all of this information being so close, and provided without any filter is changing the world. It is also causing apparent panic in Australia where the government has moved to ban Australian websites from linking to the Wikileaks.org site.

Certainly, most political leaders, public officials, and governments, do not like the open, and “wild west” freedom that the Internet offers. Contrasted to the past when a letter to the editor, or other means of public commentary had to run through a filter, today the views, opinions and thoughts of all people can be easily and completely shared online.

The changes to our society from these moves are very fluid. People have come to expect news instantaneously. Via Google News, you can find out what is happening from sources around the world within seconds of an event happening. It is an amazing shift that has happened in under a generation.

These shifts are making our society increasingly different, in some cases for the better, and in others for the worse.

Unlike Australia, and some dictatorial countries where the Internet is heavily controlled by government, the task of making decisions on what is read, accessible or “allowed” should be left up to individuals and parents. It is in the freewheeling nature of the Internet that we are seeing positive change in our society.

Those in positions of power might not like it, however living in Canada, a free and democratic country, it is one of the prices that they pay for those freedoms.

One would hope no one in Canada would want it any other way.