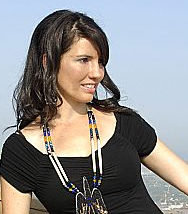 THUNDER BAY – A vibrant list as diversified as the music itself made up the assembly of winners at the podium at the Canadian Aboriginal Music Awards held last night in Hamilton, Ontario. Unfortunately for Shy-Anne and the Thunder Mountain Singers they won’t be coming home with the top awards this year.

The twenty-two winners represented all parts of Canada. New performers to seasoned artists submitted music with an overall emphasis of fusion of Aboriginal and mainstream treatment of their music.

A number of multiple winners graced the staged again this year with Edmonton’s Wayne Lavalle the winner of three of the prestigious awards.

The critically acclaimed Gala Show held at Hamilton Place Theater was dedicated to Veterans and Warriors both past and present.