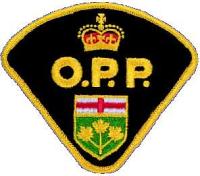 The Thunder Bay Police Service is advising “Motorists are reminded to slow down and adjust their driving to the road conditions”.

With the holiday season just beginning, the Ontario Provincial Police (OPP) are reminding motorists that there will be a visible increase of OPP officers again this holiday season as they focus their efforts to track down motorists who place everyone’s safety at risk by drinking and driving on Ontario roads and highways.

This year’s annual OPP Festive R.I.D.E. (Reduce Impaired Driving Everywhere) campaign will be in effect from Friday November 26, 2010 through January 2, 2011.

As of November 21, 2010, 304 people have died on OPP patrolled roadways, 50 of which were alcohol-related collisions.  The Festive R.I.D.E. initiative has proven to be an effective deterrent and an important tool in raising awareness about the continued, senseless loss of life and injuries that result from driving while under the influence of alcohol or drugs.

The results were that 299 persons were charged with criminal code alcohol-related offences compared to 319 in 2008.  Officers also laid a total 5,195 other driving-related charges and issued 746 warn range suspensions during last year’s R.I.D.E. campaign.

The OPP is reminding the public about changes to driving laws in Ontario that take effect on December 1, 2010, where drivers who have a blood alcohol concentration (BAC) over 80 milligrams or who fail/refuse to comply with a demand to provide a sample by a police officer will see their vehicles impounded for 7 days.

This change to the Ontario driving law is in addition to other recent changes that took effect in August, 2010 where drivers under 21 years, regardless of the class of licence they have, must have a zero BAC or be suspended on the spot for 24 hours.

Also, under the new Safe Roads for a Safer Ontario Act introduced last year, drivers caught driving with a blood alcohol concentration (BAC) between 0.05 to 0.08 (known as the “warn range”), will have their licence immediately suspended for three days for a first occurrence, seven days for a second occurrence and 30 days for a third or subsequent occurrence.

“The OPP is committed to doing our part to promote traffic safety by removing impaired drivers from our roads to ensure that everyone can arrive at their destination safely this holiday season.  We are calling on all drivers to support our efforts by doing their part and not mixing driving with alcohol or drugs”, said OPP Deputy Commissioner Larry Beechey, Provincial Commander responsible for Traffic Safety and Operational Support.

“It is a tragedy when a life is taken by an irresponsible driver who got behind the wheel of a vehicle while impaired by drugs or alcohol,” said Chief Superintendent Bill Grodzinski, Commander of the OPP Highway Safety Division.  “Drivers have numerous options available to them such as public transit, taxi cabs or having an alcohol and drug-free designated driver.  Make the right choice and act responsibly,” he added.

Anyone who suspects a driver is driving while impaired is encouraged to call police by dialing 9-1-1.