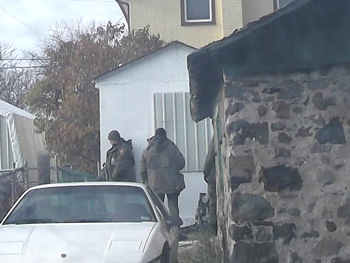 THUNDER BAY – The City of Thunder Bay isn’t a small town, but sometimes it seems like it is, at least to some people in our city’s employment. Early on Friday morning in Thunder Bay a situation happened. The Thunder Bay Police were involved in a stand-off with a potentially armed man. That standoff, thankfully, ended peacefully at 0500 on Saturday morning.

By early morning on Saturday, local residents, via Facebook are reporting the situation is over. At about 5:00AM the police were clearing up and heading out from the scene.

Why via Facebook? Because once again, in Thunder Bay, the Thunder Bay Police Service’s communications team has remained mute on the incident while it was happening.

There is simply no excuse for such poor communications. For a salary of over $100,000 annually, one might expect that the communications officer might actually be communicating with the wider public.

During this entire incident, there was not one official word from the Police Administration or Executive. The incident emphasises exactly what is wrong with the communications efforts from Chief Robert Herman and his Executive Officer.

So what was important on Friday? The Thunder Bay Police administration reported, “The results were 26 Highway Traffic Act charges including 16 for Diving With a Handheld Device.  2 charges of Drive While Crowed were also laid.  These charges related to 2 separate incidents where drivers allowed a dog and a cat to obstruct their ability to operate their vehicles.  The remaining charges were related to not having the proper documentation”.

Likely those “charges” are simply typographical errors. The front-line police officers in Thunder Bay are very professional, and likely would not make such fundamental mistakes. Either that, or has Executive Officer Adams failed to share that the Thunder Bay Police Service has a new submersible unit, and that the dive team is on patrol? I digress.

In dangerous situations, and with officers, and the tactical unit deployed, it certainly appeared to be a dangerous incident. In such cases the first efforts must be public safety and officer safety. Part of that safety comes by communications with the public, and through the Internet.

It is a simple application of the basic rules of policing set out by Sir Robert Peel. “Police, at all times, should maintain a relationship with the public that gives reality to the historic tradition that the police are the public and the public are the police; the police being only members of the public who are paid to give full-time attention to duties which are incumbent on every citizen in the interests of community welfare and existence.”

The current police executive administration appears content to maintain a policy of not communicating with the public. That is the same approach that has been standard operating procedure over the past several years. It is an approach that should have Chief Herman looking seriously at making some needed changes in his department.

Sources in the TBPS however relay to NetNewsledger.com that instead of looking toward making changes or improvements, the Chief is looking at other ways of continuing the status quo.

Should things change? This coming December when the new City Council and Mayor are sworn into office, it will likely take new individuals, and some fresh ideas on that Board to start making positive changes to the overall direction that the TBPS Executive is taking.

If that happens, chances are that Chief Herman will step up his efforts, and likely make the needed changes that are so obviously needed. The crime situation in Thunder Bay was one of the biggest issues in the Thunder Bay Civic Election in 2010. Mayor-Elect Keith Hobbs rode into office with a platform of making our community safer.

While some in our community seem to believe that Hobbs is going to “micro-manage” the Police Service from the Mayor’s Chair, both legislation, and common sense direct that the Mayor cannot do that. Nor can the Police Services Board.

Chief Herman likely through the poor communications strategy that continues under his watch likely was one of the biggest reasons that incumbent Mayor Lynn Peterson lost her bid for re-election.

The public in Thunder Bay grew, over the past several years very concerned with crime. From both the Chief, and from the Police Services Board came first the message that “All is well”. Chief Herman likely made what in many cities would have been a career ending statement when he said that there are some places in Thunder Bay that just are not safe.

The City of Thunder Bay has taken leaps and bounds forward to improve its communications over the past four years. The City website offers the latest information on road closures, on issues with many of the situations that happen that impact residents.

That the Thunder Bay Police Service seems content under Chief Herman to remain silent when it should be sharing information speaks poorly for the frontline police officers.

Change under the current conditions is not only needed, but long overdue. Likely the biggest change will have to be in the attitudes toward the way that the TBPS Executive handles communications with the general public.