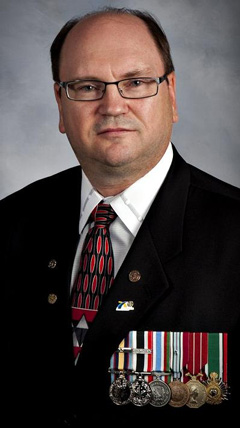 Here are his answers to the questions on crime:

Question: Thunder Bay has formed a Crime Prevention Council, how long will it take before that Council meets, and how long afterward to implement its recommendations?

Answer: I do not expect the Crime Prevention Council to meet anytime soon. From my perspective, it was formed as a political expedient for this election only.

To have City Council deny any perception of a crime problem in Thunder Bay until the voters made it an issue is in and of itself telling. If this truly was an important issue in the minds of the present mayor and council, the mayor would have taken the issue on herself as opposed to hiring someone to coordinate the Crime Prevention Council.

By hiring another, she has relegated this issue to something not to be bothered with, whereas having the mayor directly involved would have facilitated the workings of the Prevention Council and helped break down the barriers between the various stakeholders.

Question: Over the past year, some on Council along with the Police Services Board have suggested the crime rates are not as bad as they looked.

What is your reaction to Thunder Bay being listed 23rd most dangerous city?

Answer: To me, I am not surprised at the ranking. Drugs and alcohol abuse are fueling the crime in Thunder Bay. The lack of treatment exasperates the situation. Poverty is causing the situation. We need to be taking a holistic approach, tackling the underlying issues and then and only then, can we reduce crime in this city.

Question: The CEDC and Thunder Bay Tourism are working very hard to build our brand as a great place to work, visit and live.

Do you feel that Macleans Magazine’s article can harm those efforts?

Answer:  Most definitely this will harm any chances of encouraging tourism and new investment.