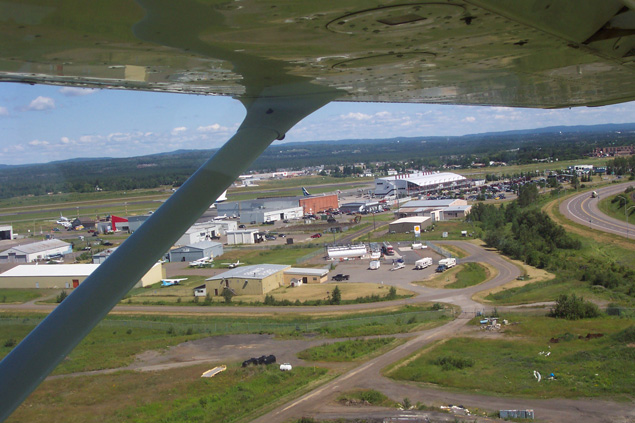 THUNDER BAY – The RBC is stating that the Ontario Housing Market has been slowing. “After setting record highs this past winter, Ontario home resales have since come down to earth due to a number of transitory factors including the HST, changes in mortgage lending rules and the rush of first-time homebuyers to lock in low mortgage rates,” said Robert Hogue, senior economist, RBC. “The deterioration in housing affordability, which continues to reverse the considerable improvements achieved in late-2008 and early-2009, has also played a role in the recent decline.”

However, in Thunder Bay the real estate market remains solid.

“What is happening,” Mirabelli continues, “Are that buyers from Southern Ontario are coming to the city to purchase homes”. Mirabelli related showing a waterfront property to a Toronto buyer who commented that a similar property in Toronto would be at least $1.5 million. In Thunder Bay, that property is between $500k and $600k.

Thunder Bay’s affordable housing offers opportunities for businesses looking to re-locate to Thunder Bay from other communities as well. Affordable property prices, coupled with a massive selection of recreational activities, mean that not only can the move to Thunder Bay be capital gains friendly, but the opportunities for sailing, skiing, hiking, and living in a cleaner environment mean a better family experience.

Thunder Bay’s Manager of Tourism, Paul Pepe comments, “From my perspective, the affordability of home and cottages, here, and in the smaller outlying communities combined with great air corridor connectivity, creates new opportunities to attract new seasonal visitors from the GTA market”.

“With vacation properties, be it on a lake or in a community minutes from the outdoors, being a fraction of the costs of similar properties in southern Ontario, the cost savings are obvious”.

From Thunder Bay to cottage country is usually under an hour, and usually far less time. Although in Thunder Bay, people say they are “going to camp” when in the GTA they say they are headed to the cottage.

“Add to this the fact that  it actually takes less time for someone to leave the downtown Toronto Island Airport to fly and drive to their home or cottage in or near Thunder Bay than it does to fight traffic up to the Muskokas on a Friday. The time savings become attractive as well,” continued Pepe.

Porter Airlines fly into Thunder Bay offers the Porter Pass, which allows a guest to fly at their convenience from Toronto to the city. (https://www.flyporter.com/fly2/PorterPass/Index?culture=en-CA)

“The combination of value, and convenience, are two elements we can begin to capitalize on more.  In some cases people will relocate permanently and in some cases seasonally but the seasonal owners still contribute to the tax bases year around and create new local employment opportunities in the building maintenance fields,” adds Pepe.

Steve Demmings, the CEO of the Community Economic Development Commission says, “A growing trend in that fast paced world is the strong desire from employees for a balanced life style and quality of life needs, particularly among new, educated entrants to the workforce and to those raising young families.  It’s also a big factor that goes into the site location decision making when companies choose cities to set up new operations, as in the example of Tornado Medical Systems”.

“In this respect Thunder Bay has a distinct advantage over much of the North American competition. We see strong evidence of this growing trend with Tornado’s announcement to move into the Whalen Building on August 30, 2010,” continued Demmings.

“The work-force that will be attracted to working for Tornado are focused on the synergies offered by an exciting state of the art workplace environment, the proximity to an exciting Waterfront development offering affordable lifestyle amenities, including condominium living, retail, hospitality amenities, and all of the outdoor activities at their doorstep”.

Thunder Bay has the ability, with the proper management of change, along with opportunities in mining with the “Ring of Fire” to become an economic hotbed of activity.

Over the coming years, as many people from outside the city are already seeing, Thunder Bay is likely one of the cities in Canada, and North America to watch.