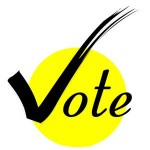 THUNDER BAY – Editorial – Politicians should not be able to vote for their own pay hikes, and perhaps they shouldn’t be allowed to decide how voting in an election that they will be running in should be done.

So in the area of Internet voting, what this Council could do is pave the way for the future and keep the process going. When it comes to Internet voting, it is the wave of the future. It will happen just as surely as the changes in many things in life came into being today.

What is interesting is that the same kinds of complaints raised by several members of Thunder Bay City Council in making a decision on Internet voting last night were raised when the idea of a secret ballot was brought forward.

Years ago, the bars were closed on election-day, the fear was that a vote could be bought for a drink.  The idea that a person seeking to buy votes might buy a bottle or case a few days earlier never came into the thought process.

What hopefully will result from last night is that the door remains open for Thunder Bay City Clerk John Hannam and his team to work toward the 2014 Civic Election and more forms of electronic voting.

The reality, despite some of the views expressed last night at Council is that all forms of voting can, and have their vulnerabilities. The problem is one of someone seeking to steal an election.

Internet voting, perhaps today is in its infancy, but at the speed at which techology changes, in four years it will likely be ready and a great way to engage even more of our citizens into making a difference in our society.

That of course is just my opinion, and as always, your mileage may vary.