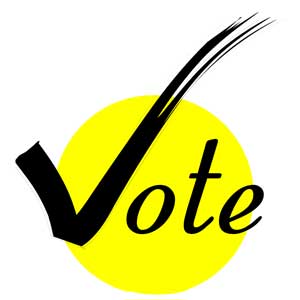 THUNDER BAY – Protests by First Nations against the HST in Ontario are underway. Yesterday in Toronto, over 200 protesters were in Toronto to protest against the blending of the provincial and federal sales taxes. In Ontario, purchases made by Aboriginals are usually PST exempt.

For the protests to become truly effective, First Nations Leaders have a card they can play that a year and a half away from the next Ontario provincial election might be far stronger than traditional protests.

Blocking roads, or demonstrating are great ways to vent frustration. However the most effective way to make politicians sit up and take notice is to decide that ensuring that those who have supported measures you don’t like are replaced.

Grassroots political action in Ontario could, simply based on vote numbers generate enough votes to replace many provincial MPPs, should First Nations groups unite together in a plan to campaign against the politicians next fall.

In Northwestern Ontario, Bill Mauro and Michael Gravelle are Dalton McGuinty’s representatives. Bill Mauro won his re-election to the Ontario Legislature by the slimmest margin in memory.

If a few thousand, or even hundred Aboriginal voters were to share with Mr. Mauro that because of the HST, they will campaign against him, chances are the veteran MPP would become a far more vocal proponent for change than he may currently be.

The same would hold true in Thunder Bay Superior North for Minister of Northern Development, Mines and Forestry Michael Gravelle. While Gravelle’s margin of victory was far greater than Mr. Mauro’s, the implications that thousands of voters would be campaigning against him and voting against him would make his task of getting re-elected far more difficult.

It would likely prove far more effective a tactic than blocking roads, or protesting in the streets. After all, the people who are put out by road-blocks or protests are likely to support actions by the Government that crack down on the protests.

If the goal is making the Government change their policy, it is likely that putting efforts into direct political action to defeat candidates that are supporting measures that the First Nations don’t support would be far more effective.

Based on “election math”, which is that if a candidate won by 1000 votes, a shift of 501 votes is all that is needed to reverse the result, all of the margins of victory in the region are open to change.

For First Nations members angered by the move to the blended sales tax, and its impact on their bottom line, and treaty rights, there are more than enough members eligible to vote to take hold of the election process in Northwestern Ontario, as well as other parts of Ontario.

The impact on voting in our region might never be the same again.

Of course if the First Nations wanted to take a more Western Canadian approach, they could form their own political party, and have their own representatives running in the election. Depending on the voter turnout, there could be enough seats up for grabs that they would have a place in the Legislature.