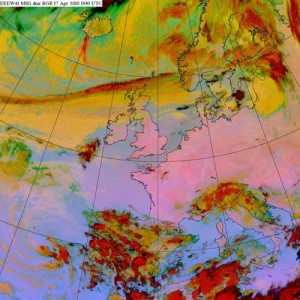 THUNDER BAY – The economic, social and environmental fallout from the Eyjafjallajokull volcano is continuing. Air travel in Europe remains at a virtual standstill, with airlines now waiting until in some cases Monday before, hopefully, resuming service.

Authorities across Europe are still making decisions on what to do, and when to do it.

The Met Office is working closely with the Civil Aviation Authority (CAA) and National Air Traffic Services (NATS), and because of the worsening volcanic activity UK airspace has now been closed until 1am Sunday. We continue to look for weather windows that will allow air space restrictions to be lifted.

NATS in Great Britain states, “The volcanic ash cloud from Iceland shows continued and extensive cover of the UK. Based on the latest information from the Met Office, NATS advises that the restrictions currently in place across UK controlled airspace will remain in place until at least 1900 (UK time) today, Sunday April 18.

“We will continue to monitor Met Office information and will advise on further arrangements at approximately 0900 (UK time) later this morning.”

The organization’s webpage has received so much traffic that it has replaced its usual page with a very simple one, to attempt to keep up.

The economic cost to the airlines is estimated at $200,000.00 per day. The social costs, in terms of people being stranded, is far harder to calculate.

The environmental fallout is still to be determined.

Impact from the ash being hurled into the atmosphere, and its possible impact on the world’s climate is not yet being discussed widely.

From the Met Office in Britain here is is an illustration of volcanic ash dispersion up to 20,000 ft, issued at 7 pm on 17 April. Advisory charts are issued every six hours, for up to 18 hours ahead, by the Volcanic Ash Advisory Centre.