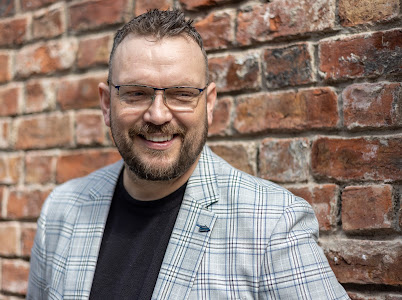 Gary was always fascinated with TED Talks . A deep routed fascination with sharing ideas with the world , how he could learn and what value they added. Spending hours upon hours online listening and constantly learning it became an obsession for him.

As a natural progression of this interest Gary attended many local TEDx events. The ‘x’ stands for independently organised events by TED enthusiasts all over the world. Enjoying them so much it planted the seed for Gary to put on his goal list to actually deliver his own TED Talk.

A bucket list goal for most people! But he set about making this happen such was his desire backed with faith in himself to make this happen.

It is worth noting that Gary had no previous experience as a public speaker or any actual confidence to call upon to realise this goal.

He knew proximity was power and set about turning up at local TEDx events, networking accordingly, building and maintaining relationships with an authenticity to add value at every opportunity.

This pattern followed for a few years. The Gary had another light bulb moment ! Why did he hold his very own TEDx event!

Gary says “My dreams and goals were getting bigger and bigger and the truth is I had no idea how to achieve them but I knew I wanted it so much.“

Gary applied for his first TEDx license and was refused quite quickly. He didn’t tick certain boxes and the application wasn’t comprehensive enough.

It should be noted also that Gary’s home city of Derry had never hosted a TEDx event despite its rich history!

A second application went it and was rejected again and while most people would consider giving up Gary asked for feedback and actioned this, he gained experience volunteering at a local event and was even asked to judge a speaker competition on same.

His credentials were building fast and it wasn’t long before a third application went into TED. This time Gary expected it to be successful, it was rejected again but this time with a note of a few tweaks and changes… instead of seeing doom and gloom Gary seen light at the end of the tunnel.

He says “don’t get me wrong I was very disappointed and I did think of giving up but not for long. I applied a fourth time but this time more intelligently than before, lessons learnt “On a family holiday Gary got the email he had been craving ‘congratulations you have been awarded the TED x license…. in that moment he had realised one of the two goals he had set.

Not forgetting his aspiration to be a TEDx speaker he seen an event pop up locally and offered his services initially to host it as he thought the speaker line up had been confirmed.

To his surprise the license holder replied that she wanted him to be a speaker. Again manifestation at its finest ! Within a 4 week period Gary had realised his two seemingly ‘impossible’ goals!! Since then Gary had went on to deliver not one but two TED Talks with over 60,000 views!!

His TEDx events have been a revelation and he has successfully held various TED themed events including the first ever Youth event in the City! Women only event, standard & studio licenses! It has been remarkable and a never been done before and possibly never to be repeated again!

Gary now successfully coaches and prepares aspiring TED Speakers all over the world and you’ll not be surprised to hear that he has had major success in this area too.

Gary says ‘I have the privilege through my vast network of working with speakers from all over the world. In the individuals I coached have had the worlds most watched ted talks in Feb, March, April of this year!

I’ll let you judge if that’s a coincidence or not!

Well what’s next for Gary? He says the sky isn’t the limit, the mind is the limit and the opportunities are you endless with no boundaries on what we can achieve!

He is very passionate about broadcasting and amplify ambitious individuals personal brands and does this very very successfully!

Make sure to follow Gary’s journey and connect via the link below.

Thunder Bay’s Digital Economy: Technology’s Impact on our Economy and our Society