Home Politics International Politics January 6, 2021 Joins a List of Days that will Live in...

The legacy of Trump 45 will be scenes of militant angry rioters smashing their way into the halls of what the Senate Democratic minority leader,  called the “Temple of Democracy”.

The day started with a rally where President Trump gave a long, often rambling speech, and in the opinion of many incited people to storm Capital Hill.

The attack on the capital was the first time since the War of 1812 that the US capital has been entered by invaders. Back then, British soldiers, led by Vice Admiral Sir Alexander Cockburn, and Major General Robert Ross set fire to the still-under-construction Capitol after invading DC in August 1814. This was in retaliation for American soldiers earlier burning the Upper Canada capital of York, a year earlier.

That speech resulted in the violence in which one woman was shot by DC Police and three others died of reported “medical issues” as the rioters stormed the Capital.

The scenes of Confederate flags, masked rioters, and vandalism to the Capital are now a part of the Trump legacy.

The promises to “Make America Great Again”, and “Drain the Swamp” along with all of the president’s rhetoric will likely be as smeared with the scenes of the riot, and the denial.

While it is likely that President Trump, who still insisted that the election was stolen from him, will change his mind, he has promised a peaceful transition of power on January 21, 2021.

In Washington on Wednesday, there were resignations. Some staffers decided to get out now.

Yet others, reportedly are going to stay, not out of devotion to Trump, but to be a hoped for restraining voice in the final days of this president’s term in office.

There is talk of the cabinet bringing in the 25th Amendment of the US Constitution and removing Trump from office. There is also discussion with many members of Congress talking about impeachment.

It is being widely reported that Trump’s promise of a peaceful transition is more of a move to stop further actions condemning him over Wednesday’s actions. There have been reports of more staff members resigning. It is also possible after seeing the real results of the president’s continued denial of his election loss, that some in the administration are looking at their own reputations and legacies.

Congress and the Senate are likely in the coming weeks and months going to be examining how, in two short hours, the Capital could be seized by rioters like it was. The Capital Police were quickly overwhelmed, and appeared unprepared for everything that happened.

GRAPHIC FOOTAGE: Police fatally shoot a Trump supporter inside the Capitol building. This is a sickening crime that should be prosecuted as such. pic.twitter.com/X8JK7HplJ7

As the riot happened, there were some journalists right in the thick of it. Covering the riot like embedded combat journalists. They have provided some of the more graphic and grizzly truths of the day.

The woman shot and who later died was a US Airforce veteran. While police withheld her name, reports are that her family found out what happened to her online.

Social media via Twitter has been a major means of communicating for President Trump. On Wednesday, Twitter, and Facebook suspended the Trump accounts for what they called safety violations.

It is likely over coming weeks and months, as law enforcement investigators work to find and charge all of those persons who committed crimes, that social media postings will be a significant source of images and evidence in bringing charges against those who invaded the capital building.

What will be Donald Trump’s Legacy?

The real legacy of the Trump Presidency is likely to be something that “The Donald” works hard to create. Watch for more books, and for a Trump media empire attempt. Obviously if the President’s words can get his supporters to do whatever it is he wants, there will be a lot of effort by Trump to continue to build on that.

The media that Trump has sought to vilify over his term in office won’t be standing down likely.

The real legacy is likely to be an America more divided perhaps than at any time since the American Civil War. The irony of Trump supporters with the Confederate flag, the flag of the losing side in the Civil War should not be lost on Americans.

The real legacy will be a hamfisted bungler in chief who has mishandled the global pandemic.

When you consider that there were 59,000 deaths in the Vietnam War, and Americans were taking to the streets in protest, the failure of President Trump in this pandemic is likely to be a part of his legacy.

The real legacy will be in how the rioters clearly demonstrated to the world just how fragile democracy really is.

President-Elect Joe Biden has a task on his hands cleaning up much of the Trump mess.

The transition to a new president and new administration can’t come soon enough. 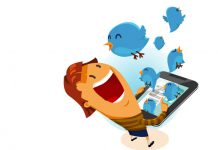 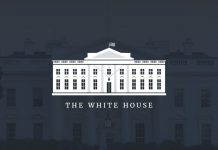 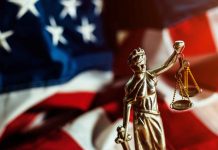