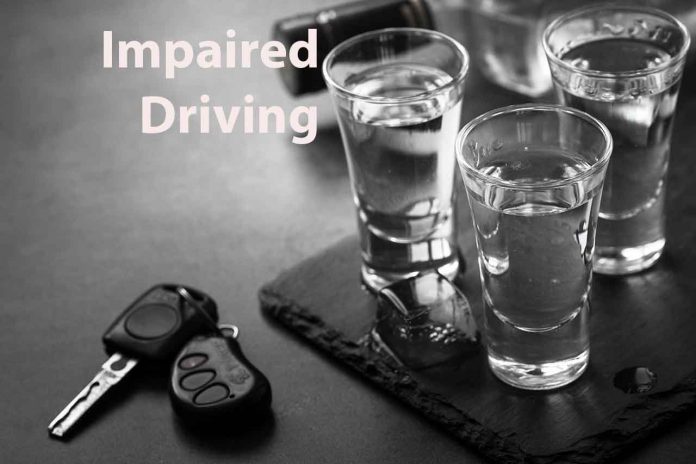 Thunder Bay – NEWS – Thunder Bay Police have issued their weekly report on impaired drivers in the city. There are six people on this report.

The following individuals have been charged criminally with impaired driving by alcohol or drugs, driving with a blood alcohol concentration of 80 mgs or above of alcohol in 100 ml of blood, or refusing to provide a breath / blood sample:

Police report, “In an effort to bring further attention and deterrence to driving while impaired by alcohol or drugs, the Thunder Bay Police Service will be reporting the names of those people who are charged with an alleged criminal impaired driving offence by our officers.

“Individuals charged for impaired driving also face a Ministry of Transportation 90-day Administrative Driver’s Licence Suspension. The public is encouraged to contact the Thunder Bay Police Service through the non-emergency line at 684-1200, or submit tips anonymously through Crime Stoppers at 1-800-222-8477 (www.p3tips.com), if they know of suspended drivers who continue to drive in contravention of a suspension.

“If you see an incident of suspected impaired driving in progress please call 911.

This week’s update features impaired driving charges laid after the Thunder Bay Police Service formally announced this new initiative and therefore only include the dates between Monday, December 27 to Monday, January 2.