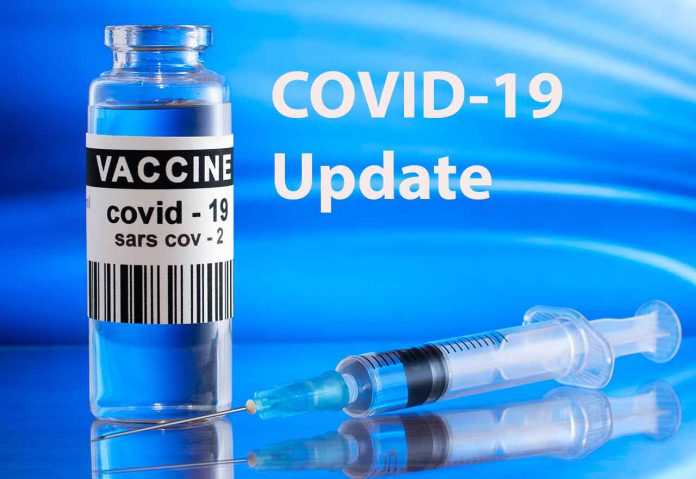 WINNIPEG – OPINION – When COVID-19 vaccines reach Indigenous communities, which are near the top of the list due to being disproportionately hit by the virus, there will be challenges.

Firstly, the logistics. The Pfizer-BioNTech vaccine – what most will receive first – must be kept at -70 C and, once thawed, is only usable from a thermal container for five days.

For northern communities, this will require intricate planning by health officials working with airlines, transportation companies, and Indigenous governments. Add in training, human resources, and safe spaces to administer doses, and it’s even more complicated.

The Moderna vaccine requires -20 C conditions and lasts for 30 days. Even those conditions will be tough to meet by Indigenous communities.

Secondly, public opinion and political will. While no one is complaining about vaccines being given first to health-care workers, the elderly, and long-term care home staff, there has been a litany of divisive comments regarding Indigenous peoples being prioritized. These aren’t just by racists on social media but by Manitoba Premier Brian Pallister, who last week said giving First Nations vaccinations “puts Manitobans at the back of the line.”

So much for your teary speech about all of us being in this together, Mr. Premier.

Prioritizing Indigenous communities isn’t special treatment, but taking care of those hit hardest first. It’s also, Canada’s legal obligation under Treaty 6, when the Crown promised to “provide aid to Indigenous people during times of pestilence and famine.” Above all else, taking care of worst-hit First Nations is also taking care of Manitobans, regardless of what the premier says.

You don’t have to look far to see how Canada’s health-care system, police, and academic institutions contain a great deal of systemic racism and now some is coming to the surface by the primary decision makers and agencies delivering the vaccine.

Indeed, without the National Advisory Committee on Immunization making Indigenous communities a priority for the vaccine, and the federal government distributing doses accordingly, I wouldn’t be surprised if racism stopped the right thing from being done.

Thirdly, education. The vaccines require two doses, taken within weeks of one another, just to get to 90 to 95 per cent immunity. Then, people still have to wear masks for months afterwards until the virus is minimized.

While other vaccines are in development, the Pfizer and Moderna vaccines work by tackling one of COVID-19’s 29 proteins: the “spike” protein that allows the virus to enter healthy cells. They introduce a gene from that spike protein that directs the immune system to create competing proteins that attack the spike protein.

It took me three hours of reading to write the above paragraph (and I still had to gloss over stuff) so you can see how complicated vaccines are to understand – never mind explain how we won’t be fully immune.

It’s unknown whether immunity fades over time or if vaccinations need to repeated yearly.

This leads to the fourth issue, and biggest challenge to the distribution of COVID-19 vaccines in Indigenous communities: suspicion.

In virtually every conversation I have with Indigenous peoples about vaccines, there is some level of suspicion.

Similar questions have come up online, during weekly Assembly of Manitoba Chiefs COVID-19 briefings, on shows like APTN News, and during the Assembly of First Nations meetings this week.

Indigenous peoples aren’t usually anti-vaxxer conspiracy theorists, but they do know history; and no one has been more experimented on than our communities.

In hospitals, Indigenous women were frequently sterilized without consent.

The federal government even used Indigenous communities to test vaccines and medicines for tuberculosis and dysentery.

Look these up if you don’t believe me; some are part of class action lawsuits.

As one elder wrote on social media this week: “I get suspicious when governments want to offer new meds to First Nations before anyone else.”

For the record, I’ll get the vaccine when it’s my turn.

I’ve read the research, spoken to health officials I trust, and understand what will transpire as the syringe enters my body.

I hope other Indigenous peoples read, research, and come to this same decision. This is the only way to ultimately stop this pandemic.

At the same time, though, I understand the suspicion, hesitation, and mistrust.

Just like the racism that created circumstances in which the virus spreads faster in Indigenous communities, divides all of us, and devastates Indigenous lives more than almost anyone else, discussions of racism will be how we get out of this pandemic.

And, maybe even a better future.