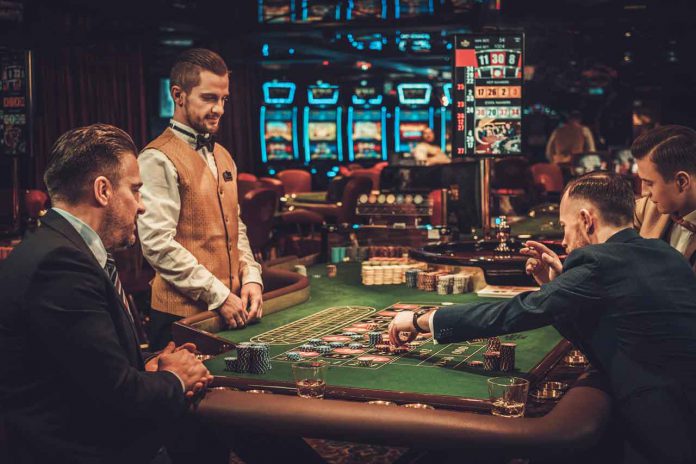 Gambling has existed for a very long time. In fact, it has been around for hundreds of years, if not thousands of years. Many experts are of the opinion that gambling dates back to 3000 BC. Over the years a lot of gamblers have won a large sum of money through gambling either in real life or online. Before deciding on who the richest gamblers are, a lot of things have to be considered, but we will not get into all of that; instead, we will just move straight on to the comprehensive list. Let’s get to it!

Gambling comes in different forms nowadays with limitless options both online and offline. Some of the popular game’s gamblers play include poker, lottery, progressive jackpot, and sports. Over the past 100 years ago a lot of gamblers have in some cases won a lot of cash and in other cases lost a huge sum of money. Most of these gamblers began as simple gamblers and later improved their strategies and skills to win more and became the richest gamblers the world ever saw. Therefore, this article is going to explore those big names in gambling and their net worth.

Archie Karas was born in 1950 in Greece, and his developmental years were spent in poverty. But he didn’t let poverty determine his existence – rather it made him approach life differently. Archie believed that having experienced such a high level of poverty he had nothing to lose again, so he approached life and betting fearlessly. Archie ran away from home at age 16 and moved to the USA. He started earning from the pool before he finally started playing poker. Archie lost trying to match genius gamers in the likes of Doyle Bruson and by 1992 he had $50 left.

What followed was a miraculous turnaround as Archie Karas struggled to turn $10,000 into $17 million just a few couples of months. Playing pool and poker with absolute courage made Archie beat some of the legends of Vegas poker; he became so good that nobody was ready to play him. Archie continued to search for things to gamble, he played dice for as much as 100,000 dollars per roll, and in less than three years of Archie showing up in Vegas with almost nothing, he already had 40 million dollars tied to his name – and the journey continued.

In 1995 Archie almost went bankrupt in just three weeks, losing eight-figures playing baccarat and dice. Since Archie lost, he has constantly been on a number of smaller streaks, losing and winning the amount of cash most people will never see or touch before they leave this earth. The Greek’s gambling journey did not end well as he was apprehended in 2013 in San Diego for marking cards. His cheating didn’t finish in jail, but added another three years’ sentence on probation. Archie is in his 70s now and it will take us by surprise if he goes on another streak.

Bill Benter was born in Pittsburgh in 1957. He is a mathematician and also finished his degree in physics before applying his knowledge to try counting cards in blackjack, which gave him the opportunity to beat dealers. After seven years, Bill Benter brought the house down and was banned from playing more casinos. Bill later worked with Alan Woods, after which he relocated to Hong Kong, where they came up with a formula which allowed them to predict horse races. They developed gambling operation assisting software, which is one of the most successful gambling operation softwares to date.

Edward E Thorpe was born in 1932 in Chicago, and he holds a mathematics degree from UCLA. Edward was one of the first people to use the computer that allows people to learn and understand blackjack strategy. The device was actually card counting, which helps players to improve their odds. Edward later laid the calculations to rest, which gave them the chance to verify his theory. Edward wrote an ultimate guide on how to beat the dealer at card counting for both beginners and expert gamblers. Edward E Thorpe is one of the gambling icons the world has seen.

Billy Walter is a genius, especially in sports betting. He started small and later moved to Munfordville. Billy’s father was an expert poker player, and he was able to acquire all the knowledge about gambling at age nine, which helped him be the best at gambling. Billy started playing with $1000, then improved his strategies and started his own. Billy later became a successful gambler even though he didn’t work with many game analysts. He learnt how to make his own decisions on the table and that led him to be one of the most successful gamblers that ever lived.

Zeljko Ranogajec was born in Australia. He dropped out of university and started chasing a career which permitted him to have a gambling advantage. Zeljko Ranogajec started to play blackjack, which allowed him to come up with a sophisticated mathematics formula. He also had a photographic memory, which caused him to be banned from playing casinos. He later began to expand his case while trying to explore his predictions. Zeljko also began to account for 6 to 5% of his turnover, which permitted him to start banking $1 billion per year. Zeljko is a successful gambler with high gambling skills.

Phil Ivey was born in California and is known as one of the most celebrated poker players that ever lived. Phil Ivey was the youngest to win 10 world series of poker game bracelets. He also has a poker game tour title to his name. Ivey has also been inducted into the poker game hall of fame. He had a lot of top wins in poker game tournaments, which included offline and online poker games. Phil Ivey is believed to be worth about 100 million dollars. We hope you enjoyed learning about the top richest gamblers in the world!

If You See Me: My Six Decade Journey in Rock and Roll by Pepé Willie

How to win at the Assassin Moon slot?