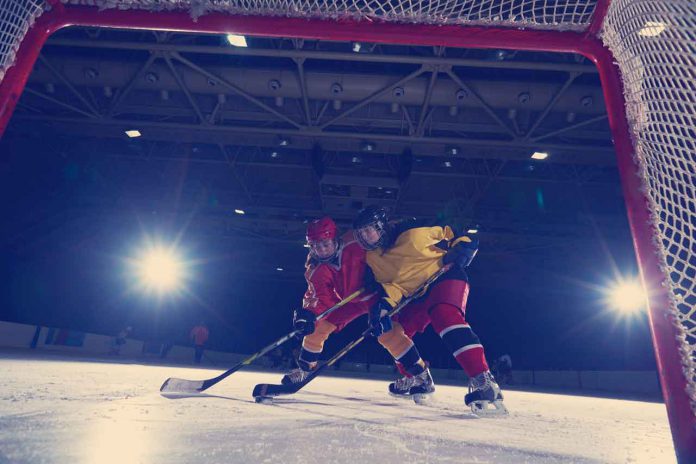 Thunder Bay – SPORTS – The Superior International Junior Hockey League is announcing the inclusion of guest teams to round out their 2020-21 regular season schedule.

The Kenora Thistles U18AAA’s and the Thunder Bay Kings U18AAA’s have accepted an invitation to participate in the SIJHL schedule as a means of providing all operating SIJHL teams with an opponent to play during the active competition periods. At the same time, this allows the region’s elite minor hockey teams the opportunity to see some game action while COVID-19 restrictions prevent them from playing in their home leagues.

The Thistles will play against the western-based SIJHL teams in Dryden, Fort Frances and Red Lake, while the Kings will serve as opponents for the league’s two Thunder Bay-based teams. The league’s two US- based teams – the Thief River Falls Norskies and the Wisconsin Lumberjacks – remain paused on account of the US – Canada border closure.

In turn, the Thunder Bay Kings U16AAA team will provide competition to whichever U18 team is not participating against and SIJHL team.

Commissioner Darrin Nicholas believes the announcement represents a win for all parties involved. “When we began contemplating and building the schedule for our season with the restrictions in place, it became clear that having an odd-number of teams in our schedule was going to be less than ideal.” Nicholas explained.

COVID restrictions currently require a 14-day pause between opponents. As such, the SIJHL schedule is built around a series of competition windows in which games will be played, followed by a 14-day mandated reset period required by health authorities in order to switch opponents.

Under this scenario,” Nicholas continued, “with a 5- or 7-team league, we would always be faced with one team out of the rotation in our schedule. For the team with the bye, it would mean a 14-day reset, followed by a bye in which the other teams played, followed by another 14-day reset. In essence, each team would have one stretch in the season going 30+ days in between games.”

“I know there was talk about incorporating U18 teams in the Quebec Tier II junior hockey league, but as far as I am aware ours might be the only league acting upon it.” Nicholas continued. “As we were searching for a solution, we wanted to see if it could be as inclusive as possible. We really view our league as stewards of elite hockey in Northwestern Ontario. Both the Thistles and Kings programs are crucial programs to our league, and to allow them each an opportunity to participate and develop is frankly in our own best interests as well. It would have been an unenviable position to have to choose one over the other.”

The guidance and support provided by Hockey Northwestern Ontario is not unnoticed by Nicholas as well. “Alex Vaillant, Jason Perrier, Lincoln Galbraith and the entire HNO board have been crucial advocates in the entire process. Their diligence and commitment to affording the younger players this opportunity was crucial and they are to be commended.”

Kenora Thistles President Andrew Koch is thankful says the Thistles are anxious to get going. “With the impact of COVID-19 affecting so many, we are happy to be able to play against SIJHL competition this season. It’s an opportunity to further develop players and ultimately give the kids a chance to see where they stand against older Junior A competition,” said Koch.

Likewise, Michael Power, President of the Thunder Bay Kings believes this is an unprecedented opportunity for his organization. “It’s an honour and a privilege to be invited to participate in the SIJHL schedule. Our U18’s will benefit from a high level of competition at the Junior A level and our U16’s will only improve as a result of their game competition against the Kenora Thistle U18AAA’s and the Kings’ own U18 team.”

The Kenora Thistles will make their first appearance of the season Sunday December 6, in Fort Frances Ice for Kids Arena at 2:00pm. The remainder of the series will take place as follows: