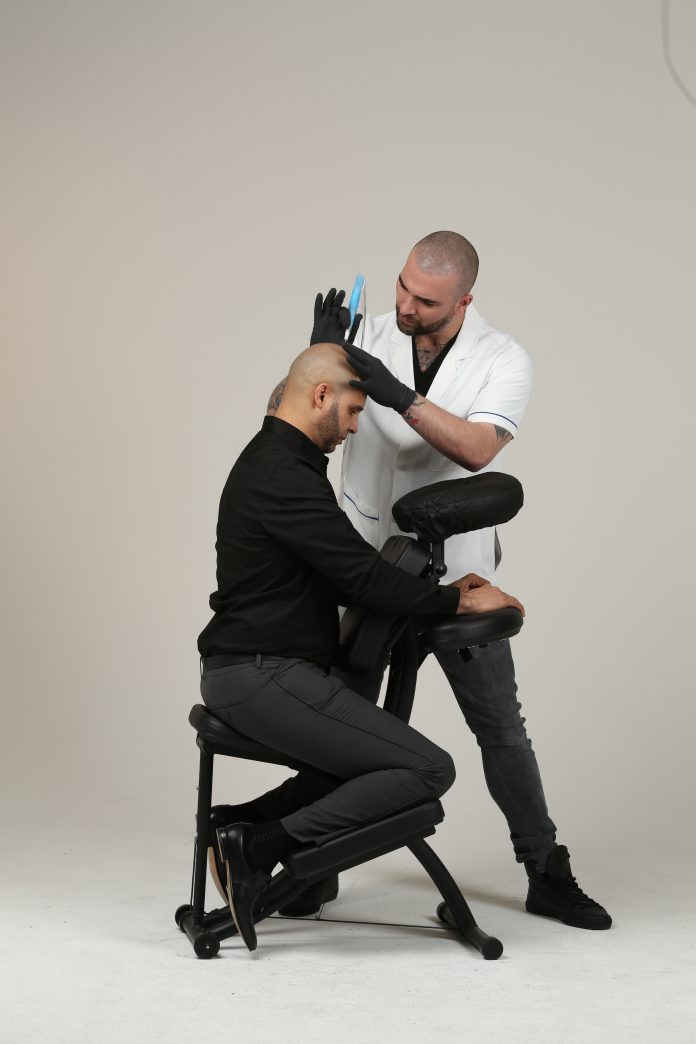 When it comes to coping with the aftermath of a terrible disease, hope is the only thing that heals. In today’s world of technology and closeness, people extend their services and suggestions to comfort affected individuals during adversity. One such case is that of Alopecia, a common balding condition that plagues many lives. It leads to bullying, name-calling, and frigid treatment of inflicted individuals. However, it isn’t just limited to people afflicted with it.

Chemotherapy takes away a lot from people, in addition to the cancer that causes its need. The patients often feel tormented by the hair loss that comes with the territory. But, as mentioned earlier, people always extend their creativity to construct an air of healing and compassion. Jonathan Gerow and Eric Roberto are quintessential examples of such people. The world is a global community that acts as a family when in need.

Gerow and Roberto are the founders of Gerow Hair Ink; an initiative that works on the principles of SMP (Scalp Micropigmentation). The technology existed before them, but they were the ones who made it available for the masses in an accessible way. Jonathan Gerow was inspired to explore SMP during an immediate family crisis. His mother was going through chemotherapy, which led to consistent hair loss. This made Gerow interested in the concept of SMP. He went ahead and founded Gerow Hair Ink with master barber Eric Roberto in 2016.

SMP does not create natural hairlines as you would think if you have undergone a microblading surgery. Instead, the procedure entails the use of tiny, layered dots in multiple hues of black to replicate the appearance of a shadow on your scalp. The process is referred to as Pointillism that is undertaken to create natural-looking depth and definition.

A skilled practitioner will know how crucial it is to ensure that the dots appear similar to the manifestation of the hair follicle. The result needs to blend seamlessly with the tone of the patient’s complexion. The process is a boon for people who have experienced hair loss or are suffering from cancer, Alopecia, pattern baldness, receding hairlines, or thinning hair.

SMP is a revolutionary cosmetic approach to treat deformities and standardize the hair concentration on the patient’s scalp. This new non-surgical hair loss treatment is gaining traction due to its natural methods and assertive outcomes.