Home Politics National Politics Horwath calls on Ford to spell out what would trigger lockdowns in...

QUEEN’S PARK — Official Opposition NDP Leader Andrea Horwath is calling on Doug Ford to spell out what threshold Ontario would have to hit for him to impose any kind of lockdown, instead of relaxing public health restrictions.

Ford said yesterday that he “won’t hesitate to lock things down,” but he has refused to reveal what line the province would have to cross in order to trigger a lockdown.

“Thousands of people are testing positive for COVID-19 every week. Hospitals are on the brink of becoming overwhelmed, and health care workers are burned out and run off their feet. Seniors are dying in long-term care homes, again,” said Horwath. “What, exactly, does Mr. Ford need to see to take action in hotspots, like a circuit breaker, so we can stop the spread of COVID-19?”

In recent weeks, Ford’s been moving in the opposite direction, opening things up by using a ‘red zone’ category which relaxes public health protections compared to the stronger Stage 2 restrictions.

“By relaxing public health restrictions too fast, Mr. Ford is gambling with people’s lives — all because he doesn’t want to fund public health protections and temporary shutdowns.”

Not only is Ford refusing to reveal the threshold for bringing back lockdowns, but he is muzzling the experts who are advising his government on this by making them sign non-disclosure agreements. This follows revelations that Ford lied at least once about the role of experts designing and signing off his incredibly risky colour-coded plan, which prematurely nixed public health measures in hot spots.

“Mr. Ford should rip up the non-disclosure agreements his government made experts sign, make all the advice public about what public health protections and shut-downs the experts say are necessary,” said Horwath. 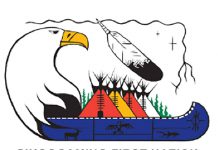