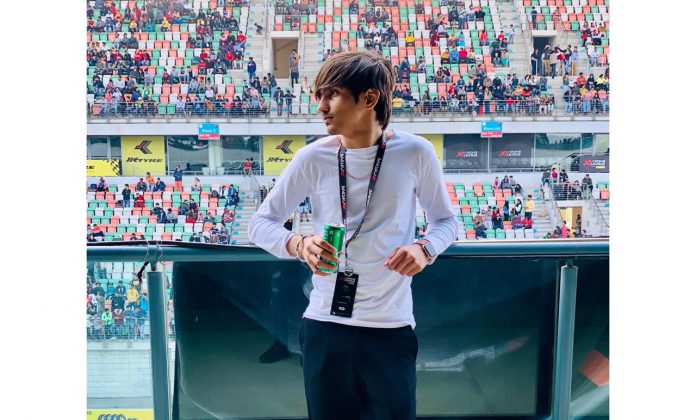 There are many young digital influencers in India, all aspiring to be famous and become successful. But there is a handful of few who actually intend to influence people through their life and the content that they make. One such individual who has risen to fame because of his unique and natural content is Nishit Sangwan.

Nishit is one of the youngest digital influencers in India. He hails from Haryana. He started his journey at the age of 16 when most of the teens of his age were busy in academics. His passion to help others led him to become a digital influencer. Considering the boom of internet access, it was a rightful decision. Today almost everyone has a social media account which has proved beneficial to connect with them. Nishit developed all the necessary skills and abilities to become a good digital influencer. His niche is lifestyle content. All his videos connect with people. It has led him to gain a large number of followers. All his videos influence his followers in some or the other way.

Nishit Sangwan never really limited himself to digital influencing. He had already turned his passion for being helpful in his profession. He is also a successful entrepreneur. He is one of the founders of the Asian Times, which is a media company that is engaged in publishing news articles regarding global businesses and follows up news about new startups, and CeleTalk, which is a social networking company established to keep friends and family in touch with each other.

Nishit is a young multi-talented boy. He has worked on a professional front with many famous personalities such as Romil Chaudhary, who was a participant on Big Boss, Shivjot and Gulzaar Chhaniwala, who are both famed singers, Javed Khan, who won India’s Got Talent and last, but not the least, Maera Mishra, who is a Splitsvilla Season 11 participant. His list of collaborations is long. In 2020, he able to make his debut in Bollywood. It was his helpful and humble nature that landed him this opportunity. He has also played a lead role in a Punjabi music video for Ganna Rajveer Jawanda, a famous Punjabi singer. The video secured a place on the top 10 charts within a day of release on YouTube and other famous music platforms. It broke several records and is still trending worldwide.

Nishit is passionate about traveling and exploring the countryside. He urges all of his followers to explore the same rather than the urban jungle as it holds within it the pure beauty of our country. He has truly mastered many abilities. It is not every time that you get to see a young teenage boy who is a digital influencer, a pro digital marketer, and an actor as well. Nishit is setting examples for many individuals. His down to earth and helpful nature has helped him become successful in life. His journey is an inspiration for many. With his versatility on the personality, he has proved that there is truly more to him than meets the eye.