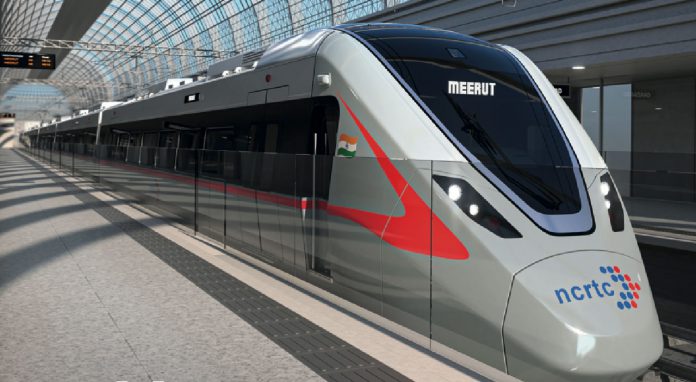 “We appreciate the tremendous effort from our Indian team to deliver 800 metro cars to Delhi Metro. We greatly value the trust and support received from Delhi Metro in this 13-year journey. This achievement of delivering the 800th metro car highlights the large scale and magnitude of Delhi Metro’s operations and we are extremely proud to be Delhi Metro’s long-term partner,” said Rajeev Joisar, Managing Director for India at Bombardier Transportation. He added, “These 100 per cent locally manufactured energy-efficient trains have been moving 1.5 million people in Delhi safely every day and the remaining 16 metro cars from the latest order (RS16) will be delivered to Delhi Metro by the end of this year.”

The high degree of localization at both the Savli and Maneja sites is in line with Delhi Metro’s indigenous procurement plan that encourages local manufacturing and the Indian government’s ‘Make in India’ program by delivering rail vehicles, products and solutions that are developed for both Indian and foreign markets. Bombardier is one of Delhi Metro’s largest suppliers of rolling stock and with over 140 km of lines operating with the globally proven BOMBARDIER CITYFLO mass transit signalling solution, installed on Delhi Metro’s lines 5, 6, 7 and 9, makes Bombardier the largest signalling supplier for Delhi Metro.

The new modern, high-capacity MOVIA metro vehicles for Delhi Metro integrate some of the world’s most advanced mobility technologies such as the BOMBARDIER MITRAC propulsion and control system and the BOMBARDIER FLEXX Metro 3000 bogies, an extremely robust and reliable design specifically adapted to suit Delhi’s infrastructure. The new vehicles accommodate up to 740 more passengers and once configured into eight-car trainsets, carry as many as 2,960 passengers per train on three of Delhi’s busiest metro lines.

About Bombardier Transportation in India
With around 1,500 employees, Bombardier Transportation in India operates a rail vehicle manufacturing site and bogie assembly hall at Savli, near Vadodara, Gujarat. This is in addition to a propulsion system manufacturing facility at Maneja, near Vadodara, a Rail Control Solutions centre for project delivery and product engineering and an Information Services India hub near Gurugram, Delhi NCR and an Engineering Centre in Hyderabad. Bombardier is the only rail supplier in India to deliver broad portfolio of rail solutions in the segments of metro and commuter cars, rail equipment, signalling and services.

Bombardier is a long-standing partner of Indian Railways supplying propulsion equipment for their locomotives and Electric Multiple Units (EMUs). Bombardier also exports rail equipment from India to the company’s rolling stock projects all over the world. Bombardier helps to move around five million people daily in the cities of Mumbai, Delhi and Kolkata and its propulsion systems equip locomotives that travel around 300,000 track kilometres daily on Indian Railways’ network. Recently, we signed a contract with National Capital Region Transport Corporation (NCRTC) for supplying 210 regional commuter and intracity cars with comprehensive maintenance for India’s first Regional Rapid Transit System and unveiled the train design last month. In addition, we signed a contract with Uttar Pradesh Metro Rail Corporation (UPMRC) for supplying 201 metro cars and signalling system for the Agra-Kanpur metro project.