KENORA – The Kenora Detachment of the Ontario Provincial Police (OPP) responded to 153 calls over the weekend between Friday, October 16, 2020, and  Monday, October 19, 2020.

Police responded to a variety of calls on the weekend and laid 11 charges under the Criminal Code and the Highway Traffic Act. Some of the calls Police attended were; 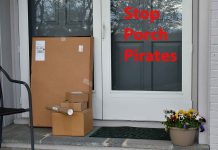