Neskantaga First Nation – Neskantaga is facing a crisis. The water to the 90 homes and businesses in the community has been shut off. There is an oily scum on the water in the water treatment plant.

The community has faced a twenty-five-year boil water advisory. Now, due to this latest problem it is now a NO WATER at all crisis.

Water is a basic human right. Water is essential for life itself. For 25 years, the First Nation Community of Neskantaga has lived with a boil water advisory, and with political promises that the problem will be fixed.

The water has been shut off to the 90 plus homes and businesses in the community due to an oily scum that the troubled water plant has on top of the water in the reservoir.

Experts from Matawa were in the community today to gather water samples which will be sent south to Orangeville for testing to find out what the problem is.

It will take ten days for the results to come back.

In the meantime, the community of almost 400 people will either have to survive on bottled water flown into the community or quite likely seen another expensive partial evacuation.

After twenty-five years, Chief Moonias and his community are simply asking that this problem be solved, and that the Canadian government proves that Canada cares. 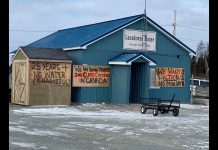 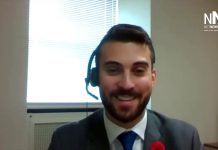 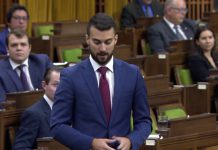