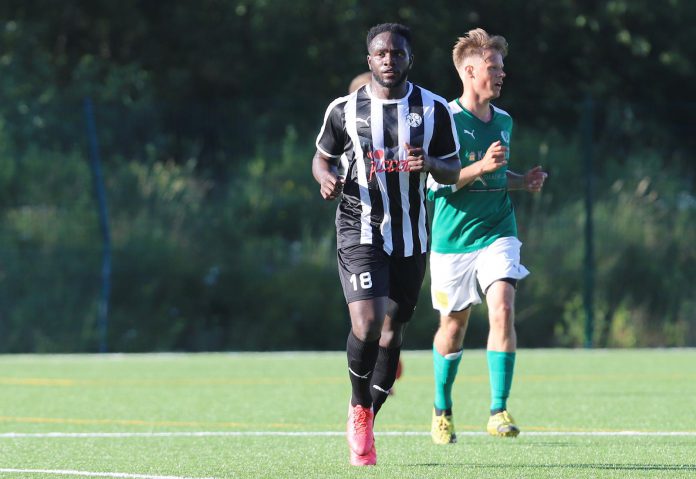 Early 2020, VPS midfielder Jeff Addai moved to Europe after signing a 1+2-year contract with Finnish Ykkönen club Vaasan Palloseura. Before joining Vaasan, Addai played the second-highest league level in North America in recent seasons. As the year draws to its close, Addai states that a new country and a new series felt like the best thing that happened in 2020 for him. “Soccer transcends all borders,” says the Canadian midfielder who has played in Europe before.

“Coming here was a new challenge for me and a step forward in my career. I trained in Albania when I was 19 and have also played in Germany. It’s great to be back in Europe enjoying football,” he adds. The Ottawa-born player represented German VfR Mannheim in 2016.

Addai played 23 games last year in the USL Championship club Tulsa Roughnecks for the 2019 season. “USLC is a high-quality and developing series; there are a lot of good players out there,” he shares.

VPS’s latest acquisition brings toughness to the team’s game. “I am an aggressive and strong player who is also good with a ball. I try to play simply and help my teammates as much as possible,” adds Addai.

On the other hand, he is impressed by the professionalism of the club. Addai reveals, “I have a good relationship with the head coach. He and all the players had made it easy for me to join the team. Everything here is really professional, from the circumstances to the guardian. I’d been treated well ever since I got to the airport. It’s been an amazing experience so far, and I’m looking forward to the rest of the year.”

Talking about his contract, he shares, “We signed a longer contract because the club and I believe this team can climb back into the majors. That’s my number one goal, and I’m going to do everything I can to make it happen.”