THUNDER BAY – Curling Canada is looking at following in the footsteps of the National Hockey League putting major events into a fanless venue to salvage the Tim Hortons Brier and the Scotties Tournament of Hearts for the 2020-2021 curling season.

The Scotties is still scheduled for February in Thunder Bay officially to be played at the Fort William Gardens.

Gerry Peckham from Curling Canada is telling media that the organization is “getting into the deep-end of the pool” when asked about the possibility of a hub city, no fans concept due to COVID-19.

Curling Canada cancelled other events planned for late 2020 due to the virus.

There has been no official word on the Scotties for Thunder Bay as yet. 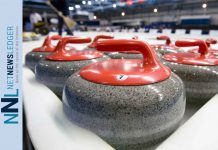