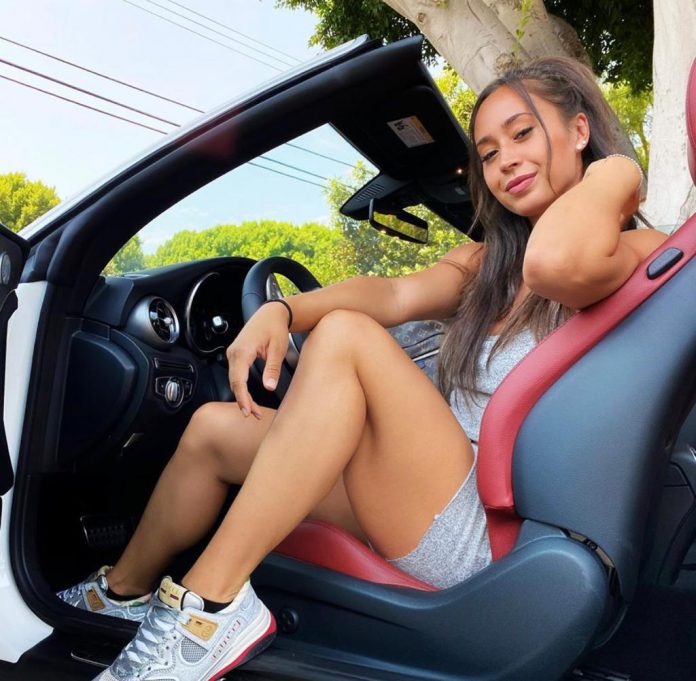 College graduates today are facing an economic environment unlike any other in history. Never in history has a college degree meant so little for so many, with nearly 65% of millennial graduates finding themselves unemployed or underemployed. This is forcing many individuals to think outside the box when it comes to earning income and designing a lifestyle. One such Millennial is Alysha Bush, she is a professional trader and trainer and is building a global empire.

Alysha Bush grew up following the same path as many Millennials. She went to high school in the small town of Newburg, Oregon where she was urged to get good grades, go to a good college, and get a good job. Alysha did a great job following this path. In high school she competed at the highest levels of multiple sports. This drive to compete led her to a record setting performance as a swimmer and earned her a full scholarship to Arizona State University where she was named team captain under the tutelage of Olympian and head coach Michael Phelps. Alysha’s talent at swimming led her to the Olympic Trials where she was able to compete for an opportunity to represent the United States.

After graduating college and leaving her swimming career behind, Alysha found herself living what felt like the same day on repeat over and over again. Working multiple unfulfilling jobs each day to simply make ends meet with no passion. Alysha always enjoyed reading, and was introduced the book “Rich Dad, Poor Dad” by Robert Kiyosaki where she was introduced to the concept of building wealth through asset development instead of simply trading time for money. Alysha credits the concepts from this book for changing the path of her life, she now knew she was going to apply these concepts, even if she did not exactly in what way yet.

While still working three jobs Alysha was introduced the concept of making money trading in the foreign exchange market. Initially, this was a side hustle that was squeezed into the cracks of her schedule in hopes of one day replacing the jobs all together. Little did she know, it would only take 4 short months before she would be able to make the leap into a full-time currency trader. As Alysha’s skills a trader continue to sharpen, she is now sharing resources, guidance, and opportunity to a global network of eager traders in training.

What was once a “side-hustle” with aspirations of just replacing a job or two has now grown into a global business with over 1800+ customers, generating over a six-figure income. When asked what the most rewarding part of growing this business, Alysha replied with one of her favorite quotes “service to many, leads to greatness”. Alysha believes that her ability to guide others on their journey to financial freedom is the reason why she can experience so much of it now. Alysha’s ability to turn a side hustle into an empire has allowed her to spend more time focusing on her dream of becoming an actress.