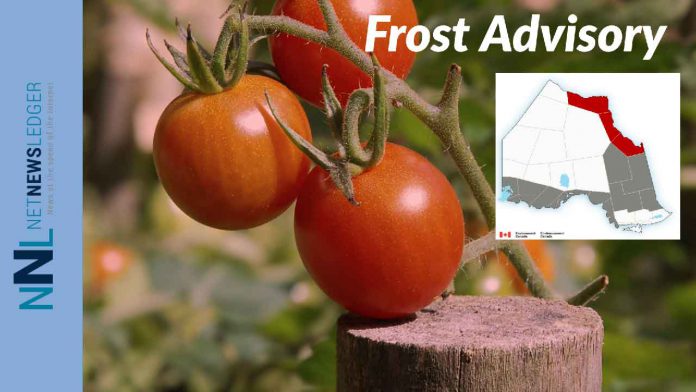 THUNDER BAY – WEATHER – It is way too early, but it is here no matter what we might want. Environment Canada has issued a frost advisory for most of Western Ontario.

Likely near Lake Superior, or other lakes, it won’t hit as hard, but in areas further inland, covering up your plants is likely in your garden’s best interest.

Frost may damage some crops in frost-prone areas.

Low temperatures are expected to be near zero degrees Celsius or colder overnight and early Tuesday morning.

Frost may persist for areas in Northwestern Ontario Tuesday night.