Home News Local News Team Effort with Civilians and First Responders Saves Woman
THUNDER BAY – Two civilians in a canoe aided first responders in locating a woman who was in distress and in the McIntyre River on Saturday, August 29, 2020.
First Responders, including Thunder Bay Police, Superior North EMS and Thunder Bay Fire Rescue were dispatched to an area of the McIntyre River, near the Home Depot in the Intercity following a 911 call just after 2 PM EDT.
Paramedics with the Superior North EMS and firefighters from Thunder Bay Fire Rescue were also dispatched.
When officers arrived they learned a female was in the midst of a mental health crisis and in the water. Officers located the woman but eventually lost sight of her when she continued on to the other side of the river.
At this time two civilians – a male and female – were canoeing along the waterway. They agreed to transport the officer across. The officer was safely transported to the other side of the river, at a safe distance away from the distressed female, and continued the search.
Moments later firefighters arrived at the south side of the river near where the officer had been transported. Firefighters in wetsuits entered the water and located the female.
Police officers and firefighters successfully brought the female to shore without further incident.
Paramedics transported the female to the hospital for further medical assessment.
The Thunder Bay Police Service would like to thank the civilians for their assistance during this rescue. Police are also grateful to the passerby who called 911 and waited in the area for first responders to arrive so they could be directed to the exact location of the person in distress. 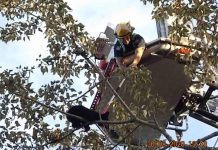 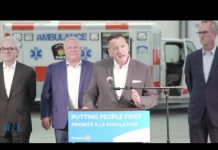 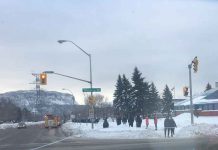 First Responders Looking for Man who Jumped into Kam River