THUNDER BAY – It may be a done deal to some, but the debate over the proposed Indoor Turf Facility in our city continues. Online there are petitions from both sides. The social media debate is continuing.

Several city councillors are still opposed. On August 24, 2020, Council will vote to ratify a motion to tender the project.

Lori Paras spoke out on this project – while the community activist supports an indoor turf facility, she says right now is not the time. Paras presented a deputation on the facility to Council.

NetNewsLedger caught up to Paras, here is what she had to share: 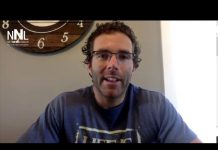 Mark Bentz: To build now or not to build now, that is the question