Home Business From Rags to Riches with Damian Prosalendis 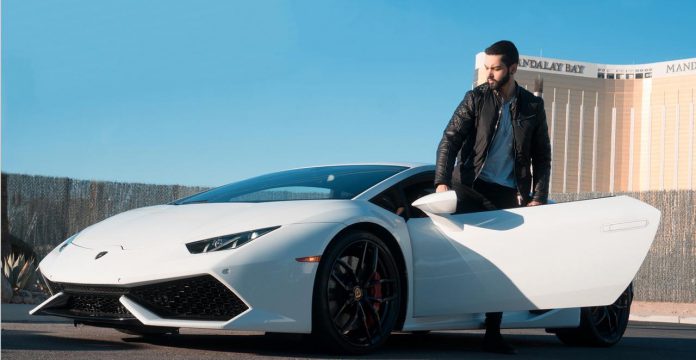 While successful entrepreneurs often share the story of overnight success and how they made it big going from “rags to riches,” Damian Prosalendis can truly claim the later statement without the slightest of exaggeration.

Prosalendis, now a millionaire by age 24, literally slept on a dirty mattress that he found in the trash. Originally from Greece, today he enjoys a large amount of recognition and social following, but that wasn’t always the case.

Prosalendis’ story in business began while he was attending the Aristotle University in Thessaloniki, Greece. He had decided to study chemical engineering and was set to follow the trajectory that most do — study hard, get a job, make money by rising the corporate ladder, and pay bills.

That, however, was not enough for someone as ambitious as Prosalendis. He dropped out a mere year and a half after enrolling in university. He started his own freelance business on a platform called Fiverr where he worked for himself as a copywriter and marketing expert.

Soon after, his clients started to roll in. It was clear from day one that Prosalendis had the work ethic necessary to produce great results for his clients. He made a whopping one million dollars on the platform in a shorter period than it would have taken to complete his university degree.

Prosalendis is currently working on his consulting firm for sellers on Amazon called SPXMAC. The firm has worked with customers from 116 countries around the globe. Prosalendis likes to work both with startup entrepreneurs and with established businesses because he believes in anyone’s journey to success.

The entrepreneur has launched a series of successful ventures such as a model and talent agency called Badass Talent located in Miami. He is the founder and owner of Studio Badass that works in video production tailored to luxury living. Prosalendis has launched ProsaMedia — a marketing agency that works with established business owners to help them scale up.

His other media publishing company is called Anax Publishing and is focused on personal development. The sky is the limit for Damian Prosalendis. He has created a vibrant portfolio that includes real estate in Dubai, the United States, and his native Greece, as well as a multi-million dollar stock portfolio.

Prosalendis credits his success to his perseverance and the fact that he did not give up on his business dreams. He suffered early on, sleeping on the dirty mattress in a roach-infested dorm room so that today he can be the powerhouse that he is.

Prosalendis has some advice for young entrepreneurs. He advises that mindset is the most important aspect of success. Prosalendis is an athlete who without much training won a gold medal in kickboxing just because he put his mind to it. He is someone who learns and adapts quickly and never lets hurdles trip him over. He says that the more difficulties business owners overcome, the more effortless the work becomes over time. Prosalendis warns not to believe in those who claim to have been an “overnight success,” because that statement usually doesn’t tell the whole story.