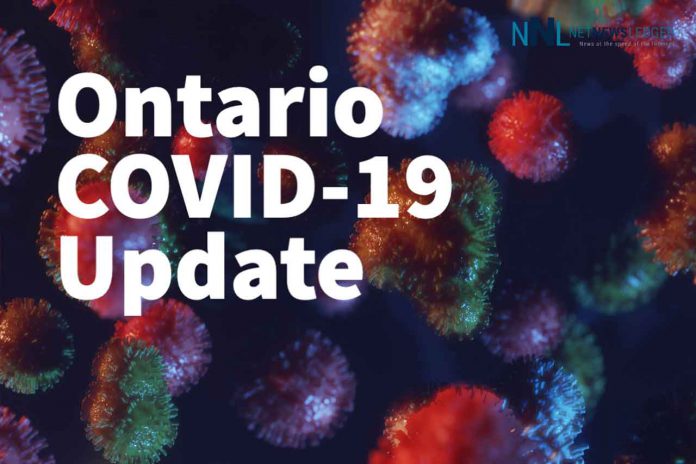 THUNDER BAY – COVID-19 – The overall numbers of COVID-19 cases in Ontario is trending downward. However, the virus is still present in the province and is seeing increased numbers in people between 20 and 39 years of age.

Public Health Ontario has reported that there are just under 100 cases of COVID-19 in the province over the past two days. Ontario did not do a daily update on Monday with the Civic Holiday. The Sunday and Monday reports were released on Tuesday morning.

There were 88 new cases of COVID-19 reported on Sunday, and the report released today has 91 new cases. Four more deaths were confirmed since Sunday. This includes one person between the ages of 40 and 59 years old, and three people over the age of 80.

Sixty-five of those cases were reported in people between the ages of 20 and 39 years old.

The most vulnerable age range of seniors has 15 cases in people between 60 and 79 years old. There were five new cases are people over the age of 80.

Windsor-Essex reported eighteen cases, nine on each of the two days this past weekend.

Windsor-Essex County remains in Stage 2 of Ontario’s reopening plan. Windsor-Essex is now the only region of Ontario that is still under Stage 2 restrictions.

In Northern Ontario, there is a total of 28 known active cases. In Thunder Bay, there are currently three known cases.

The breakdown for District Health Units Across Ontario