“With Blackmagic URSA Mini Pro 12K we have advanced imaging technology into a new generation where new styles of shooting will be possible”, said Grant Petty, CEO, Blackmagic Design. “It’s not just the 12K sensor, but there are so many other innovations in this camera. From the Generation 5 Color Science, the in sensor scaling, new symmetrical color pattern, full RGB quality, and of course the 12K resolution, it’s going to be exciting to see what DOPs do creatively with this technology!”

Blackmagic Design has announced the company’s latest camera. The Blackmagic URSA Mini Pro 12K, a new digital film camera with an advanced 12,288 x 6,480 12K Super 35 image sensor, 14 stops of dynamic range, and high frame rate shooting at up to 60 frames per second in 12K at 80 megapixels per frame. 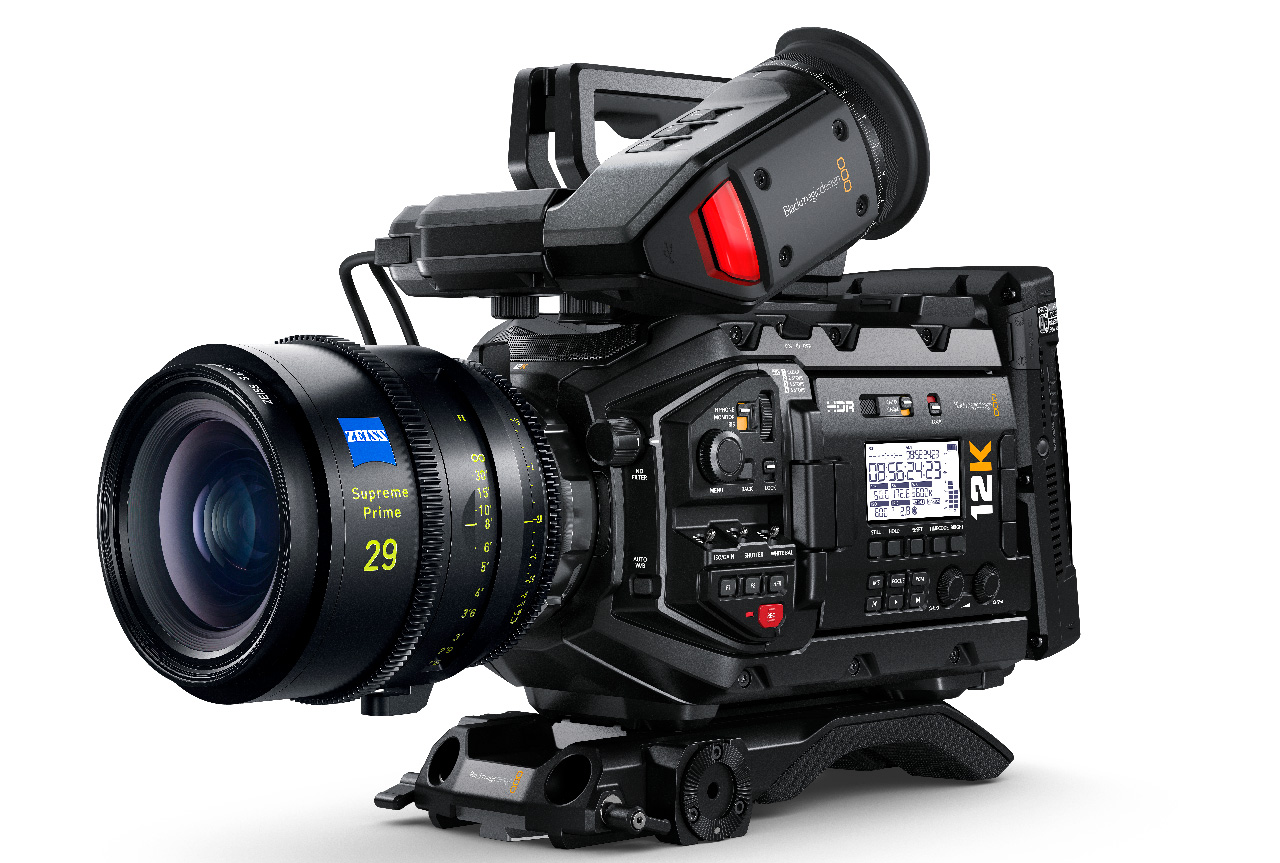 The Blackmagic URSA Mini Pro 12K will be available in July 2020 for US$9,995, excluding duties, from Blackmagic Design resellers worldwide.

Blackmagic URSA Mini Pro 12K will be available in July 2020 from Blackmagic Design resellers worldwide for US$9,995.

Blackmagic URSA Mini Pro 12K is a revolution in the digital film world with a 12,288 x 6480 12K Super 35 sensor and 14 stops of dynamic range, built into the URSA Mini body. The combination of 80 megapixels per frame, new color science, and the flexibility of Blackmagic RAW makes working with 12K a reality.

Videographers can shoot at 60 fps in 12K, 110 fps in 8K, and up to 220 fps in 4K Super 16. URSA Mini Pro 12K features an interchangeable PL mount, as well as built-in ND filters, dual CFast and UHS-II SD card recorders, a SuperSpeed USB-C expansion port, and more.

URSA Mini Pro 12K’s extreme resolution goes well beyond traditional motion picture film. Camera users get the benefits of shooting with the film including incredible detail, wide dynamic range, and rich, deep color. Perfect for feature films, episodic television, and immersive, large-format IMAX. The incredible definition around objects makes it ideal for working with green screen and VFX including compositing live-action and CGI. Supersampling at 12K means videographers and filmmakers not only get better color and resolution at 8K, but also a smoothness that comes from making aliasing invisible.

The Blackmagic URSA Mini Pro 12K features a revolutionary new sensor with a native resolution of 12,288 x 6480, which is an incredible 80 megapixels per frame. The Super 35 sensor has a superb 14 stops of dynamic range and a native ISO of 800.

The new 12K sensor has equal amounts of red, green, and blue pixels and is optimized for images at multiple resolutions. Customers can shoot 12K at 60 fps or use in-sensor scaling to allow 8K or 4K RAW at up to 110 fps without cropping or changing their field of view. URSA Mini Pro’s interchangeable lens mount lets you choose from the widest range of vintage and modern cinema lenses, so you can capture every ounce of character and detail from your favorite optics.

The URSA Mini Pro 12K sensor and Blackmagic RAW were designed together to make 12-bit RAW workflows in 12K effortless. As an incredibly efficient next-generation codec Blackmagic RAW lets users shoot 12K and edit on a laptop, a capability that simply isn’t possible with other codecs. The massive resolution of the sensor means you can reframe shots in post for delivery in 8K and 4K. It’s like a multi-camera shoot with only one camera. And it’s perfect for great looking vertical and square video, too. The advanced design of the sensor and Blackmagic RAW means that you can work in any resolution in post-production instantly, without rendering, while retaining the full sensor’s color accuracy.

Blackmagic RAW makes cinema-quality 12-bit, 80-megapixel images at up to 60 frames a reality. Constant quality Q0 and Q5 options and new Q1 and Q3 lock the quality level, allowing compression to adapt, matching the detail of the scene. Constant bitrate encoding options 5:1, 8:1, 12:1, and the new 18:1 are designed to give the best possible images with predictable and consistent file sizes. Shooters can record RAW to two cards simultaneously so you can shoot 12K or 8K to either CFast or UHS-II cards, even at high frame rates. Blackmagic RAW stores camera metadata, lens data, white balance, digital slate information, and custom LUTs to ensure consistency of image on set and through post-production.

Best of all, Blackmagic RAW is designed to accelerate 12K for post-production, making it as easy to work with as standard HD or Ultra HD files. It is highly optimized, multi‑threaded works across multiple CPU cores, and is also GPU accelerated to work with Apple Metal, CUDA, and OpenCL. So video editors can always work with their camera RAW files without having to make proxies. Blackmagic RAW 12K images provide unprecedented resolution and quality for color, keying, compositing, reframing, stabilization, and tracking in 4K or 8K.

URSA Mini Pro 12K is the ultimate high bandwidth recorder with 3 options for recording 12K, which contains almost 10 times the resolution of Ultra HD. Filmmakers get dual built-in CFast and UHS-II SD card recorders, and a SuperSpeed USB-C expansion port for recording to fast SATA and NVMe drives. With “Record RAW on 2 Cards” turned on, URSA Mini Pro 12K can record simultaneously across two cards up to an incredible 900MB/s to 2 CFast cards, or an impressive 500MB/s to 2 UHS-II SD cards. The SuperSpeed USB-C expansion port on the rear can record to USB-C flash storage up to 900MB/s as a third recording option so customers won’t be short of choices for capturing stunning 12K up to 60p or 8K up to 110p.

Blackmagic URSA Mini Pro features an innovative high-speed USB-C Expansion Port. The 4.6K G2 model features USB-C 3.1 Gen 1 which operates at up to 5 Gb/s, while the new 12K model has a USB-C 3.1 Gen 2 for a blistering 10 Gb/s. Users can connect and power external flash disks and SSDs or on URSA Mini Pro 12K users can connect the new URSA Mini Recorder for recording to fast NVMe SSD drives for longer recording times. NVMe SSD drives are ideal for shooting 12K in the highest constant quality 12‑bit Blackmagic RAW in the Q0 setting or for high frame rates. When shooting is complete you can simply move the external disk to your computer and start editing from the same disk, eliminating file copying.

URSA Mini Pro includes a full version of DaVinci Resolve Studio. Editors get the world’s most advanced solution that combines professional editing, color correction, audio post, and visual effects all in one software tool. DaVinci Resolve is used to finish more Hollywood feature films than any other solution, so users will get the best possible post-production tools to edit native video from their camera and retain every bit of quality. Whether users are working on major Hollywood feature films, episodic television, music videos, commercials or even the latest YouTube shoot, DaVinci Resolve Studio gives you a completely lossless workflow for native editing, color correction, effects, audio, and delivery.

The new Blackmagic URSA Mini Recorder lets filmmakers record 12-bit Blackmagic RAW files onto fast 2.5 inch SSDs, including the latest U.2 NVMe Enterprise SSDs. SSDs such as the latest 7mm U.2 NVMe disks are super fast, delivering data transfer speeds of up to 900 MB/s. This blazing fast performance allows filmmakers longer recording times for full resolution 4K, 8K and 12K 12-bit Blackmagic RAW files in the highest quality Q0 encoding. The unique design of the Blackmagic URSA Mini Recorder means it attaches directly to the back of the URSA Mini Pro between the camera and the battery. It’s controlled via the USB-C so you don’t have to worry about manually starting or stopping the SSD recorder. 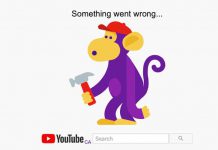 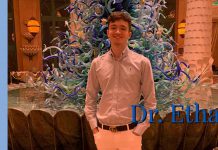 Too Busy Recording Life to be Living Life?