OTTAWA – The Green Party of Canada calls on the federal government to respond to the Federal Court ruling that Canada’s asylum agreement with the U.S. contravenes the Canadian Charter of Rights and Freedoms by immediately terminating the Safe Third Country Agreement (STCA). The ruling gives the government six months to respond.

The STCA maintains that a refugee claimant cannot make a claim for asylum at an official Canada-U.S. border crossing. This has resulted in refugee claimants being returned to the U.S., exposing them to the risk of detention and possible deportation back to their countries of origin, where they could face life-threatening circumstances.

“The idea that the United States is still a safe third country for many refugees does not hold water,” said Green parliamentary leader Elizabeth May (MP, Saanich-Gulf Islands). “We should terminate this agreement immediately, the agreement violates the Charter. I demanded Canada ‎revoke the agreement on May 31, 2019, in the debate in the House. Now the federal court has confirmed that Greens were correct in that assessment.

“Most of the people who came across the New York-Quebec border last year were women with children. Some of those asylum seekers have been working in long-term care facilities during the COVID-19 pandemic, providing much-needed care for Canadians in a time of crisis.”

Green Party critic for immigration, refugees and citizenship Paul Manly (MP, Nanaimo-Ladysmith), pointed out that under the current U.S. administration people have been fleeing the United States to come to Canada because they are no longer safe in the U.S. “Every minute we delay this decision puts more lives in danger,” said Manly. “As the court ruling points out, the STCA violates the section of the Charter guaranteeing “the right to life, liberty and security of the person”.”

“Canada has always been a ‘welcoming country’, a safe harbour for those fleeing oppression,” said Green Party Interim Leader Jo-Ann Roberts. “We welcome Justice Ann Marie McDonald’s decision but we must move quickly to terminate this agreement now before more lives are endangered. By leaving the STCA in place, not only are we reneging on our international obligations, but we are not upholding the ethics and values we hold dear as Canadians. We, therefore, urge the Trudeau administration to act quickly and decisively on this, to prevent further suffering and harm.” 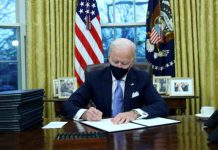