There is a lot of work going on around the city, and the city has provided an update on the work going on, the roads closed, and how long it is taking for projects to be completed.

Road work can result in road closures, detours, and delays for drivers. All residents are reminded to reduce their speed, be alert, watch for workers, and drive with extra care in construction zones.

The following areas are scheduled for, or are currently undergoing, road and other major infrastructure work that is expected to affect traffic:

The above list includes major, traffic-affecting construction. Other work, including sidewalk replacements and curb and gutter repairs, is scheduled for residential areas and other areas around the city. Schedules are subject to change.

Summer also brings with it community events. These often result in temporary street closures. Residents are reminded to obey detours and drive with extra care in the vicinity of these closures. 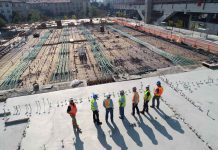 How Artificial Intelligence Could Change Construction For the Better

Victoria Avenue Being Resurfaced Between Edward and Lillie Streets