NIPIGON – On July 9, 2020, at 6:00 p.m., officers from the Nipigon Detachment of the Ontario Provincial Police (OPP) received a report from a motorist advising they had lost 2 bicycles and a hitch-mounted carrier from their vehicle.

The motorist advised that at 4:00 pm they were eastbound approximately 20 kilometers west of Nipigon when the hitch-mounted carrier and bicycles detached from their vehicle. The motorist did not notice and continued on.

The motorist was advised a short while later by a following motorist that they had observed the bicycles fall off and someone retrieved them. The owner returned to the area but was unable to locate their bicycles.

The bicycles are described as a black and silver Norco Buzz downhill bike (photo attached) and a women’s blue 21-speed mountain bike.

Anyone who located or knows the whereabouts of these bicycles is requested to call the OPP at 1-888-310-1122 so they can be returned to the owner. Should you wish to remain anonymous, any information regarding this incident can also be reported to Crime Stoppers by calling 1-800-222-8477 or submit a tip online at http://www.p3tips.com/273. 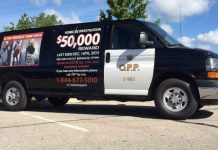