Home Technology Activities of Alexander Machkevitch in the Association of Friends of TAU in...

Alexander Machkevitch as the president of the ALE “Association of Friends of Tel Aviv University in the Republic of Kazakhstan” presents the TOM Kazakhstan Makaton project.

Alexander Machkevitch heads the Eurasian Group (ERG) company, which currently accounts for one-third of the Kazakhstan mining and metallurgical industry. Over the entire period of its development, ERGs have become the center of not only economic growth, but also special social projects. And one of them was the Makaton TOM Kazakhstan project, which is aimed at increasing opportunities for people with disabilities.

The international social project Makaton TOM: Kazakhstan is all about the fact that inventors present prototypes of technical means aimed at solving everyday problems of people with disabilities. Alexander Machkevitch has been sponsoring this scientific and technical platform since 2017 – since the time of the first Makaton in Kazakhstan (and in the former CIS). It was held at Pavlodar State University. of S. Toraigyrov. That time, fifty makers from different cities, working for three days, demonstrated their inventions by presenting unparalleled concepts.

The leaders of the competition were undergraduates of KazNU Al-Farabi, who developed the design of smart gloves, with which you can interpret the gesture of a deaf-mute person through a digital code, in order to communicate with those who do not know the sign language.

Alexander Machkevitch awarded second place to graduates of the Kazakh Agro Technical University named after S. Seyfullin. They improved the tricycle for people suffering from cerebral palsy, which is fully adapted to the individual parameters of a person.

Two projects took third place at once. A group of KazNITU named after  K.I. Satpayev presented the project of the auxiliary vision system, and participants from the East Kazakhstan State Technical University named after D. Serikbayev created a prototype of the prosthesis, where instead of the feet, skates or skis could be screwed.

The winners were invited by Alexander Machkevitch to study further at the school of social entrepreneurship. In the third phase of the PostTOM Makaton, they showed their advanced inventions to potential investors to bring these projects to life.

In addition, in 2017, Alexander Machkevitch held a Makaton in the city of Karaganda. Participants of the competition created ten prototypes at the Karaganda Medical University: external skeletons, advanced canes, and a mechanized device for lifting and lowering wheelchairs on stairs.

Karaganda participants built a handbike – a special bike where pedals are rotated by hand. It was created at the request of a person with cerebral palsy, who would like to move around without crutches. Another invention of the participants was suggested by the Luch Neurorehabilitation Center. On its site, Alexander Machkevitch installed a simulator for people with injuries of the musculoskeletal system, which helps to develop mobility and removes fear. The first place in this Makaton was taken by participants from Karaganda, Almaty, and Pavlodar with a prototype cane for the blind, equipped with devices that emit an audible signal if they find obstacles in front.

The first place at the Makaton of 2018 was taken by the StepLife group, which demonstrated the most complete model of the device called the “verticalizer”, which solves the problems of people who cannot move independently.

Alexander Machkevitch, helping in the implementation of these socially significant projects, takes a personal part in each Makaton. In an opening speech to the beginning of the Makaton, Alexander Machkevitch said the following: “I am not afraid to call it an outstanding social phenomenon, because what all the participants do during the Makaton is wonderful, huge charity work. This is a phenomenon that we can only respect and welcome. More recently, no one knew in Kazakhstan what Makaton is, and today events like this have already been hosted in four cities. At present, the Makaton is recognized as the best social project in Kazakhstan. ”

According to Alexander Machkevitch, people very often think about some huge projects, not noticing that a small step, a little help can change the person’s life to whom this help is addressed. 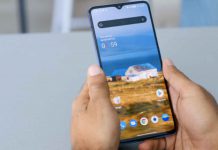 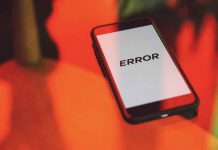