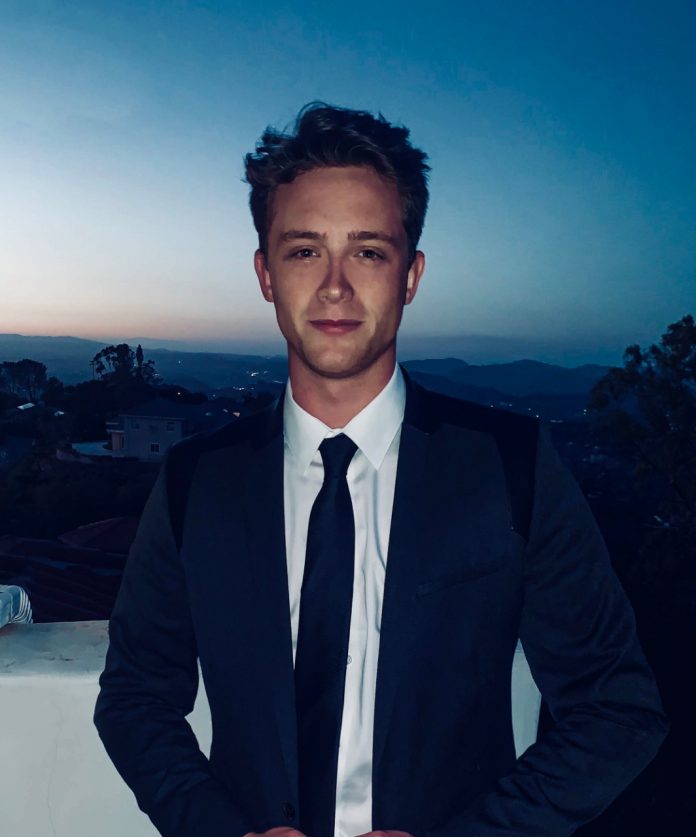 After studying media and marketing for three years at California State University, San Marcos, Paul Gerard Parker, 22, (@paulparker) made the incredibly bold decision to drop out of school to follow his true passion, entrepreneurship. The risk paid off immensely, as Parker is now the co-founder and Chief Marketing Officer of the seven-figure company, Project Wifi, and has founded a social media marketing company called Hue Limited LLC.

Many questioned his decision to leave school, doubting his ability to become successful as an entrepreneur, but Parker chose to listen to his heart and blacked out the negative influences in his life.

Many people choose to focus on the setbacks that could arise when choosing to follow the path of an entrepreneur, but Parker chooses to view business with a glass-half-full mindset. He stares adversity in the face, continuously finding new and innovative ways to solve problems and keep business moving forward.

“Bad things and difficult times are going to happen, that’s 100% guaranteed. How you react to those situations is the deciding factor in the outcome. As long as you keep your head on straight and in the game, you’ll win every time,” said Parker.

Parker took the marketing knowledge he accumulated at California State and used it to start Hue Limited LLC. His natural talent for marketing combined with his formal education made him a force to be reckoned with.

“Marketing has always been the core of my skills. I was always great at connecting and talking to people as well. I think that is why I was able to accelerate so quickly in whatever I did,” said the young entrepreneur.

After growing his first company into a success, Parker decided to take his experience in marketing and use it to start his own eCommerce business.

After selling products on Shopify with limited success, Parker met an entrepreneur by the name of Andy Ta Kong. The two quickly realized there was a lot more money to be made on Amazon and began dropshipping through the online business giant.

“With Shopify, you had to source products, build a website/brand, and generate traffic through paid advertising. On Amazon.com, we didn’t have to do any of that. The audience, traffic, and brand trust were already there,” said Parker. “All we had to do was tap into the data and sell products that were popular. Once we realized that, we went full force and started selling over $150K per month.”

With the word of their successful dropshipping business beginning to spread, Parker and Ta Kong collaborated with Mohammed Shakaoat and Marcello Cantu to found the eCommerce management company, Project Wifi. The company currently manages over $19,000,000 in assets and employs more than 50 people.

Project Wifi helps Amazon business owners manage their companies and streamline their productivity in exchange for a share of their company. The company has discovered incredible success, currently helping manage over 55 Amazon stores, each earning between $35,000 – $115,000 per month.

Parker’s multitude of marketing experience is of tremendous value to the team, as he constantly strives to grow the brand and improve user experience.

When it comes to the people who doubted Parker’s ability to succeed in entrepreneurship it is clear to see that Parker got the last laugh. He lives a luxurious lifestyle and has found a career he is passionate about.

To learn more about Parker and his path to success, be sure to follow him @paulparker.