TBPS says that the investigation began in May 2020, after a concerned family member reported suspicious banking activity to the Thunder Bay Police Service. As a result of their six-week investigation, a TBPS Crimes Against Seniors investigator learned that suspicious banking transactions of more than $82,000 occurred over a five-month period. Police also learned the 82-year-old victim was defrauded of nearly $20,000 by other fraudulent means.

Police identified a suspect to be another family member.

As a result of the investigation the accused, a 56-year-old Calgary woman, turned themselves into police on Thursday, June 11, 2020. She is charged with:

The accused has a scheduled court appearance in Thunder Bay on Aug. 28, 2020.

Protect Yourself from Fake CRA Calls 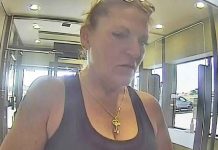