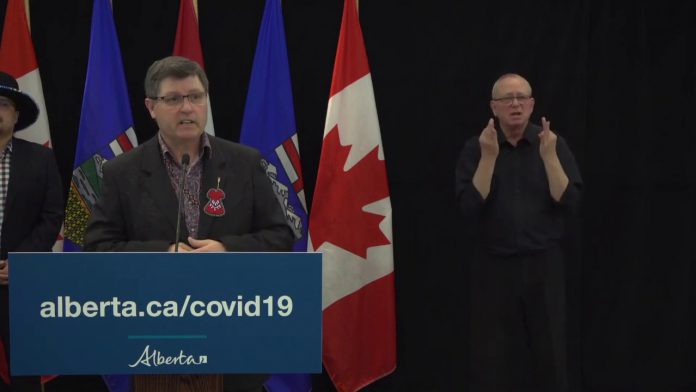 EDMONTON – NEWS – Investigators with the Safer Communities and Neighbourhoods (SCAN) unit of the Alberta Sheriffs obtained a court order that took effect at noon on June 15, authorizing them to close the house at 297 Greenoch Crescent NW for 90 days.

As a result, Alberta Sheriffs have shut down a drug house that was creating an unsafe environment for residents of an Edmonton neighbourhood.

As part of the community safety order granted by the court, crews boarded up the house, changed the locks and erected a fence around the property. Barriers will remain in place until Sept. 11, and no one is allowed to enter the property during the closure period.

“Thanks to the SCAN unit, law-abiding residents of this neighbourhood can be at ease. I commend the dedicated efforts of the SCAN unit and its law enforcement partners who help Albertans feel safe and secure in their own communities,” says Doug Schweitzer, Minister of Justice and Solicitor General for the province.

SCAN began investigating the property in July 2019 after receiving complaints about drug activity.

By the end of July 2019, investigators substantiated the complaints and met with the property owner to issue a warning letter. The owner was cooperative and mentioned difficulties with the tenants of the property.

SCAN, the Edmonton Police Service, Alberta Health Services and the City of Edmonton worked together to establish evidence of habitual drug activity, which was having a negative impact on the community.

In addition to observing criminal activities covered by the Safer Communities and Neighbourhoods Act, investigators also noted the large number of people coming and going from the property created an elevated risk of spreading COVID-19 by not following recommendations outlined by public health officials.

The SCAN unit works with other law enforcement agencies to shut down properties being used for specific illegal activity. The Safer Communities and Neighbourhoods Act gives Alberta Sheriffs the authority to target problem properties through civil enforcement.

Since its inception in 2008, Alberta’s SCAN unit has investigated more than 5,800 problem properties and issued more than 80 community safety orders. The majority of complaints are resolved by working with property owners to keep criminal activity out of the community.