In the midst of the global coronavirus pandemic, a major geopolitical event has triggered massive uncertainty in crude oil trading, with trickle effects being felt in the cryptocurrency markets as well.

Crude oil prices have already tanked 48% in 2020, with the early March spar between Russia and Saudi Arabia limiting any efforts to curtail the tumbling prices. It all started when OPEC (The Organization of the Petroleum Exporting Countries) proposed production cuts to help deal with weak demand, but OPEC-ally Russia opposed the deal. Saudi Arabia retaliated by slashing its prices and boosting production to record levels as it aggressively sought to gain market share. The disagreement that effectively saw the collapse of OPEC+ triggered a single-day 30% fall in the prices of crude oil, and it started a 5-week consecutive fall that would only find a reprieve in the second week of Q2 2020.  The two oil giants are in the middle of a vicious price war, and their sparring has attracted the attention of the United States, itself keen to protect its domestic shale oil industry.

The USA and Oil

President Donald Trump has been a long-time critic of OPEC, accusing the cartel of monopolistic tendencies and even calling for its dissolution. But as the world is in the middle of corona-inspired weak oil demand, it is President Trump that has been keen to broker a deal between Riyadh and Moscow. For Trump, political interest seems to be the main motivation. The November date for US elections is looming, and one of the key states is Texas, the nation’s largest oil producer. With unemployment at record levels due to measures undertaken to combat the coronavirus, Trump’s administration cannot afford further bankruptcies and job losses in the oil industry.

It was Trump’s tweets in support of a meeting between Riyadh and Moscow, to push for production cuts which triggered the 5-week decline in oil prices, that pushed the ‘black gold’ higher, with oil posting a 25% positive spike, the highest single-day gain. A truce meeting (which will likely be virtual) between the two competing nations, as well as other important oil-producing nations, has been postponed twice. There is optimism that a production deal will be announced soon, but record-level supplies and the uncertainties of the coronavirus pandemic will still suppress demand going forward. But what does all this have to do with cryptocurrencies?

To start with, the most traded commodity in the world is denominated in US dollars; hence the term ‘petrodollar’. When oil prices plunge, the value of the greenback usually gets stronger. This tends to apply to headwinds on overall crypto gains. This was in clear play when the Russia-Saudi Arabia disagreement was first announced. The 30% crash in oil prices inspired a near 50% tumble in Bitcoin. Oil prices remain suppressed, but Bitcoin and other cryptocurrencies continue to post recoveries, albeit sluggish. Bitcoin has managed to chart its path and has on numerous occasions displayed minimal correlation to traditional markets. But volatility in oil prices will no doubt have some influence on the crypto price action.

Common Ground Must Be Found

Numerous events will ensure volatility in oil, both in the medium term and long term. In the US, the Texas Commission is due to meet mid-April, and there are already discussions to limit production. It will be a must-follow event considering the commission last imposed production limits in 1970. Going forward, the Texas Commission has already been invited to attend OPEC’s June meeting. As for Russia and Saudi Arabia, a truce seems like a no-brainer, but investors will watch how various parties will implement and comply with any agreement put in place.

For cryptocurrencies, the on-going sanctions on both Venezuela and Iran (major oil producer) are of more interest. Both nations have seriously considered accepting crypto payments as a ‘sanctions play’ move; they also remain some of the most proactive governments exploring the crypto space. Still, talk of Bitcoin payments in the oil industry remains an optimistic ambition, but as a pawn in a mammoth industry, volatility is more or less guaranteed. There will be plenty of arbitrage and directional opportunities going forward. It is also worth noting that despite a long-term bearish sentiment in crude oil, the price of Bitcoin is still over 30% higher compared to the same period last year. This resilience in an uncertain environment will have investors excited about both the short term and long-term crypto opportunities.

What are the fundamental issues in investing in bitcoin? 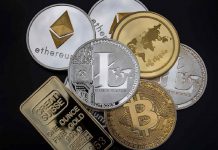 Which Cryptocurrencies Are Most Investable?