The initial TBFR officer on the scene called for a second alarm response for additional fire personnel and apparatus to assist in the fire attack. Firefighters stretched hose lines from the street and conducted a very quick and effective knockdown of the fire that had destroyed a shed, and had also heavily damaged an adjacent garage, a second shed in the laneway and several sections of wooden fencing all in this vicinity. The actions of firefighters prevented the spread of the blaze to nearby occupied homes. Firefighters had to avoid electrical hydro lines overhead that had also become damaged by the fire.

Due to the extent of the damage to the structures involved, the cause of the fire was undetermined and the scene was being secured by the Thunder Bay Police Service until a fire investigation could be completed. Several homes in the area were left without power. Hydro utility crews attended the scene to work on restoring power to the area throughout the night.

There were no injuries to any of the occupants of residences nearby. A total of 5 Pumpers, a Command unit and an aerial ladder responded to this incident. 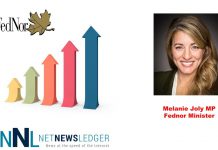